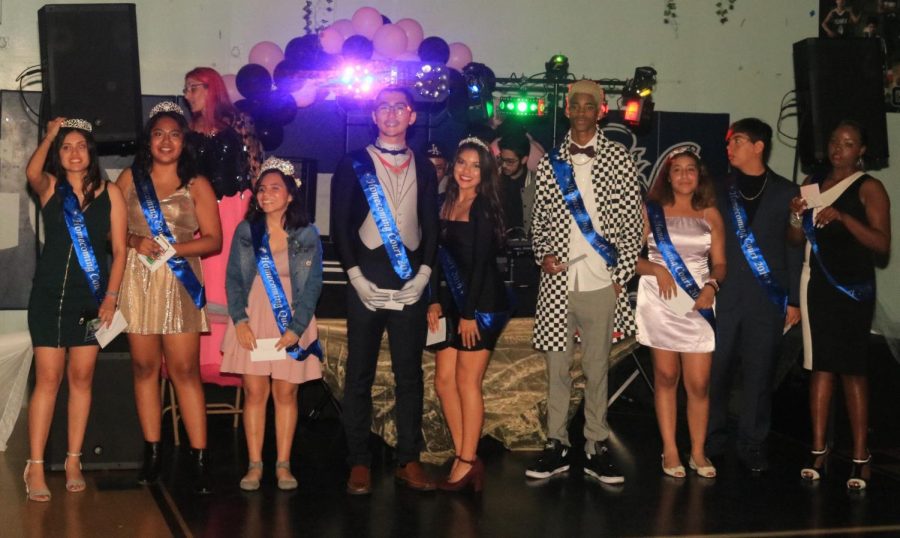 During October, Venice continued the tradition of hosting the annual Homecoming dance in the West Gym and this year’s dance didn’t fail to impress. The theme for this year’s Homecoming was a Fairytale, and the ASB members led by Ms. Sabbah did a phenomenal job putting together the event, from the colorful streamers that dropped from the ceiling as the students entered to the dozens of balloons scattered around the gym. Students of each class were in attendance, and those who did come were dressed formally and ready to dance. While a few freshmen experienced their first Homecoming, for many seniors it was the last school dance they would go to before prom.

“I went to Homecoming this year because it’s my last year and I wanted to have fun with my friends,” said senior Tenzing Sherpa. “I was happy to dance with my friends and I liked all of the decorations.”

“I was honestly surprised that I won because I didn’t think I was going to, but I’m thankful that I was given the opportunity,” said Homecoming Princess Jasmine Hernandez. “It shows that when it comes to school, I’m very involved and I’m happy the alumni saw that in me.”

While many students had an enjoyable homecoming experience, some had advice on how to improve next year’s dance.

“It was a fun experience with all the seniors, we’re about to graduate in a couple of months, so it was fun to spend time with the people there that we’re going to miss,” said senior Mahi Rahman. “For next year’s homecoming, they should add newer, more hype songs that everyone likes. Other than that, everything else was perfect and a lot of people were still dancing. It was a good experience.”