2019 Homecoming Parade is Last One on “Grease” Era Watson Field 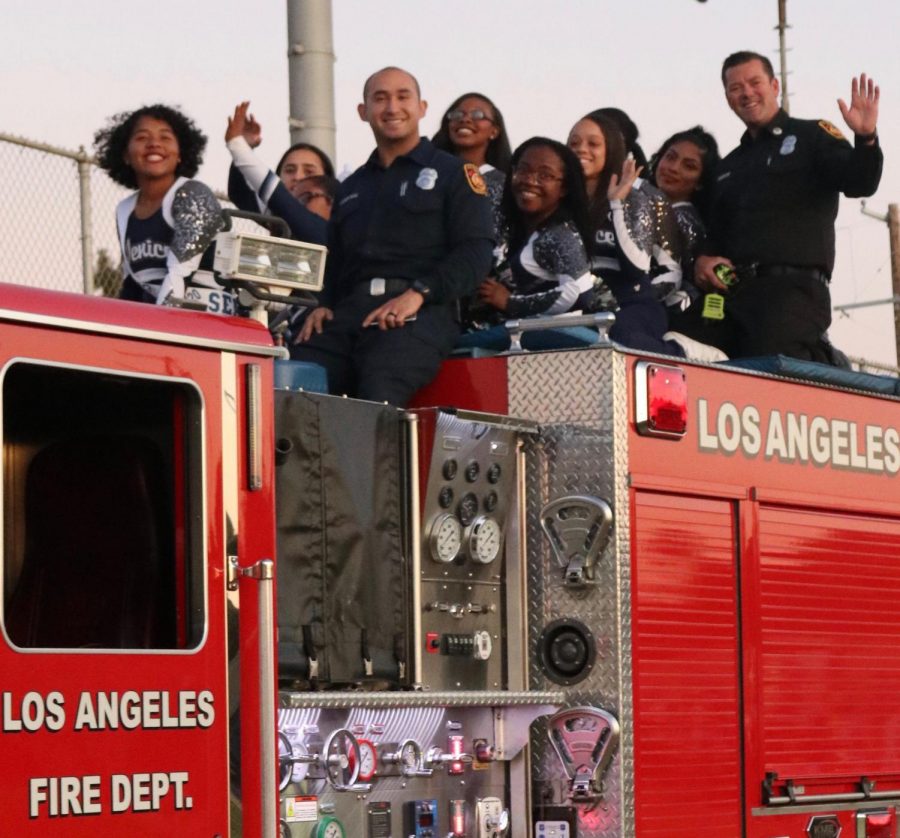 This year’s Homecoming game and parade took place Nov. 1 and was possibly the last game to be played on the original Watson Field. If Venice is seeded high enough in the playoffs to get home field advantage, then at least one more game will be played there.The participation of many teams and clubs in the homecoming parade made it a good one to end on.

“It was really fun riding on top of the fire truck and throwing the candy and cheering,” said cheerleader captain Audren Harris. “But I am a little sad because I’m gonna miss being on the field.”

The parade started with the cheerleaders driving past the bleachers in a fire truck while it’s horn was blaring. Shortly after the fire truck drove through, the marching band performed to get the crowd amped up for the Homecoming court. The Homecoming court was stylishly escorted in five classic convertible cars. Occupying the last car was the Homecoming king and queen, Luca Diamont and Natalie Bonilla.

Many clubs and teams participated in the parade, such as Sports Medicine, Students Run Los Angeles, and the Drama Club. Seniors of the Sports Medicine Academy were recognized for their hard work and dedication in assisting our sports teams throughout the years. One float that stood out was the water polo team’s float, which was driven by a pick-up truck and festively decorated with a colorful poster and dangling water polo balls.

“It was cool to represent the school and what the school is about. It is something I’ll remember forever.” said Homecoming king Luca Diamont.