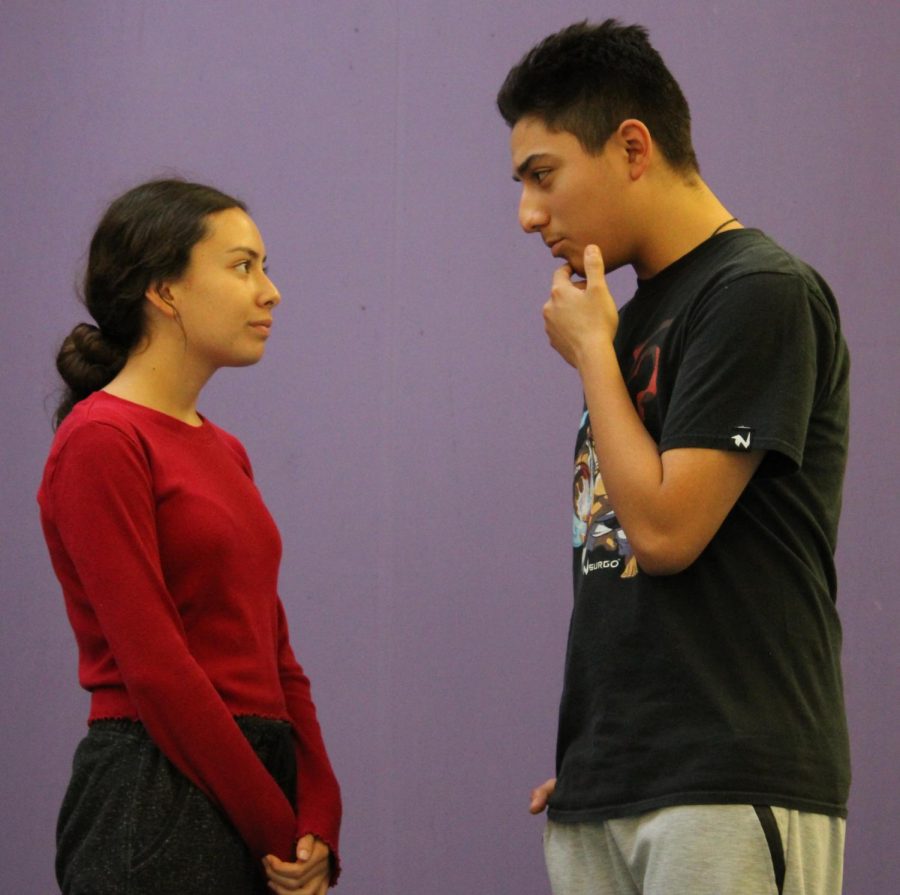 Take a step back in time as you’re welcomed to the ‘80s in this fall’s play “That’s Not How I Remember It,” starring Yareli Jara, Christopher Magallanes, Alexandra Hall, and Kaveh Hadat. The play is set to premiere in the student cafeteria on Jan. 24 and 25 at 7:30 p.m.

Set in Kansas during the decade notorious for neon colors and ankle warmers, this fall’s play is sure to be a crowd-pleaser, answering the question of what happens when a mother and a father aren’t quite on the same page about how they met years ago.

“Memory is very individual,” said Traci Nichols-Thrasher, theater teacher and leader of the Venice High School Troupe 2311 of the International Thespian Society. “The mother remembers everything in a romantic, sweeping sort of way, while the father sees himself as Superman.”

With alternating timelines between the present and the past, the audience is sure to be engaged. In tandem with bright colors, professional choreography, and even karate, the opportunity for a production that is laugh-out-loud funny is almost guaranteed. 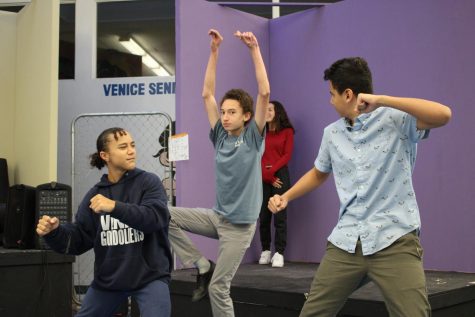 “It’s a really funny play,” said first-time thespian Raylene Garcia. “I’ve had so much fun rehearsing for it and I can’t wait for everyone to see it.”

Despite the fun that is sure to be had by the audience, everything hasn’t been so perfect on the production side.

Among the temporary cancellation and subsequent reinstatement of the 0 and 7th periods and the announcement of the play’s postponement on Dec. 4, the production process has had its issues.

The initial plans were to produce Venice High’s first ever immersive theater experience. Ms. Nichols-Thrasher planned to curate a production where the audience was physically engaged with the actions of the play, moving from one scene to another. This proved too problematic, resulting in the decision to start back at square one, with the department opting to produce a traditional play similar to ones held before.

In spite of these challenges, the show will go on.

Students have more to gain than just a good time by attending the production. Students can receive three hours of community service that counts towards their 40-hour graduation requirement. Additionally, students have the opportunity to earn extra credit in their classes if they write a review of the play.

Ms. Nichols-Thrasher encourages students to ask their teachers if going to the play will earn them extra credit in their classes, which is sure to get Gondos’ grades off to a good start in the beginning of the spring semester.

Tickets for “That’s Not How I Remember It!” are $5 in advance and $10 at the door. Pre-order tickets can be purchased from any thespian on campus.