Canete sisters face each other in the finals 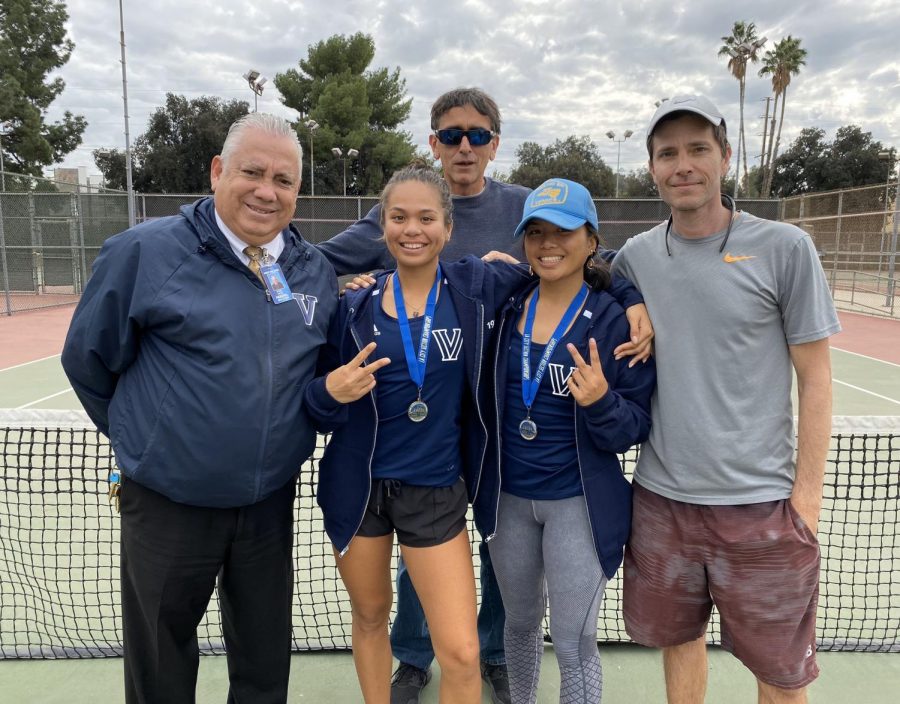 Venice High School’s star tennis players and sisters Christine Inah Canete and Mae Canete went into the girls’ tennis City Section singles tournament determined to win, as they reached the finals as the top two seeds and faced each other for the title at the Balboa Sportscenter Nov. 19. Mae Canete, a senior, headed into the playoffs as the No. 1 seed favored to win. However, her sister was right behind her in the standings. Inah Canete, a junior, managed to pull off the win over her older sister, despite being the No.2 seed in the playoff bracket.

“It was challenging because we practice with each other so we know each other’s game really well,” said Inah Canete when asked about how she felt playing against her sister in the finals. Both sisters have been playing with each other for most of their lives.

Through playing tennis together, a strong sibling rivalry manifested, which made it difficult for the sisters to best one another as they could see right through the moves they made, from learning each other’s playing style through the years.

“It was, there were lots of times when I thought the point would end because she knows my game so well, she was able to read my shots,” said Inah when asked about the struggles she faced while playing against Mae. “I had to change my game up a bit.”

Despite losing however, Mae Canete felt satisfied that she lost to her sister, as in the end a Canete would become a champion.

“I had my head straight during the game, knowing that a Canete would be a champ,” said Mae Canete when asked about how she felt losing to her sister in the finals match. “I’m proud to say that I haven’t taken a loss to anyone all season but to my sister.”

Their grind to the top was not by mere luck however, as both of the sisters have  played since they were young and trained rigorously until they mastered the game. Both have played in multiple national tournaments. Both have been ranked number one in the country for a time, said Inah Canete.

“I practiced my ass off as a child and all the fundamentals of tennis were installed in me at a young age,” said Inah when asked about what she did in her life to get to where she is now.

As Mae Canete leaves to go off to college, her sister Inah will take center stage for the girls varsity tennis team next season.

“I’m glad that we were able to bring positive energy and attention to the tennis team, being part of the team and with  the girls was so much,” said Mae Canete when asked about how she felt ending her high school tennis career.

With results shown, she feels fulfilled playing alongside her sister.