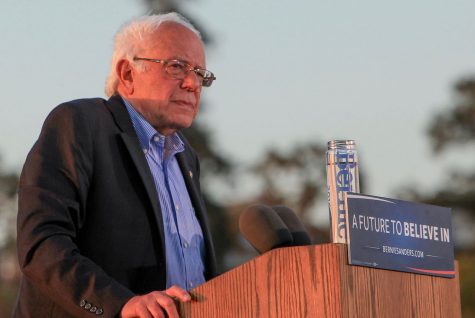 If elected president, Senator Bernie Sanders intends to make Medicare “single-payer,” meaning that it would be completely paid for via taxes and accessible to everyone for free at the point of service. He also plans on expanding medicare coverage so that it’ll include more medical services such as mental health and substance abuse treatment, maternal and reproductive care, dental/hearing/vision services, etc.,

Senator Sanders’ College for All plan relieves the debt of former students by cancelling some of it out and capping student loan interests at 1.88%. He plans on making college tuition debt free, and investing 1.3 million dollars annually in private, non-profit Historically Black Colleges/Universities (HBCUs).

Senator Sanders grew up in Brooklyn, New York. After he graduated from the University of Chicago with a bachelor’s degree in political science in 1964, he moved to Vermont, and became the mayor of Burlington. As mayor, he is known for protecting worker and resident rights by having a hand in passing laws that protect workers from being displaced and force landlords to give two years notice before converting their apartments into condos, thus forcefully evicting their residents. 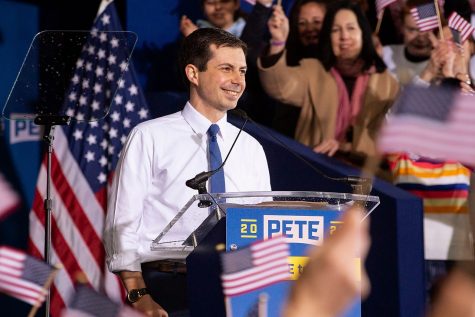 As president, Pete Buttigieg plans to eliminate the electoral college in future presidential elections, expand the U.S. Supreme Court to 15 seats, rather than 10, and implement a public option to Obamacare as a transition to single payer healthcare. He does not believe that eliminating private insurance is required for having a Medicare-For-All system.

Mayor Buttigieg was born and raised in South Bend, Indiana, and graduated from Pembroke College in 2007 with a bachelor’s degree in philosophy, politics, and economics. In 2009, he served in the military as a US Navy Officer until 2017. He ran for mayor in 2011 and got re-elected after his first term in 2015. 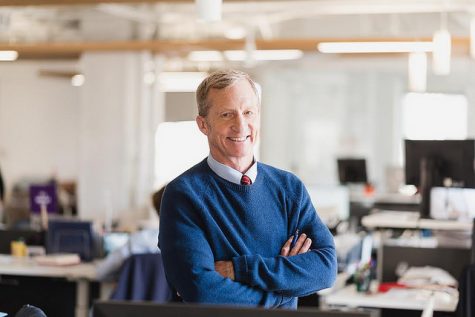 Tom Steyer’s call to action as president would be to solve climate change, and fix the government by making it more democratic with structural reform. He plans to tackle climate change by establishing climate-smart transportation and updating infrustructures to be cleaner and safer. He plans to make the government more democratic by eliminating corporate corruption and establishing a vote-at-home system that would help overcome voter suppression.

Steyer is one of the most recent additions to the presidential candidacy. He is a billionaire businessman from New York who is known for founding the Need to Impeach advertisements encouraging Americans to fight for Trump’s impeachment. He has no political background, and advertises himself as a businessman who will be able to successfully beat Trump.

The information for this article was obtained from the following websites: