The Sky is Falling: Hole in pool roof is the latest set back for swim and waterpolo teams 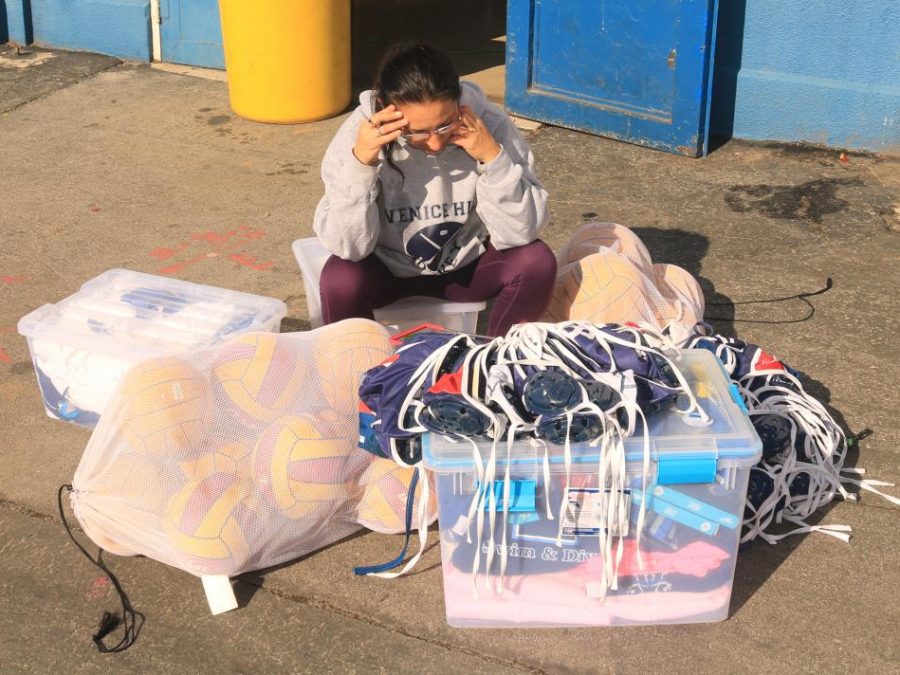 After heavy rains fell over Los Angeles this past week water wasn’t the only thing that was falling from the sky.

A hole in the roof of the pool on campus was created and started leaking all over the pool and canceled the girls water polo match.

“A day before the game, a piece of the roof fell into the pool,” said Sofia Muro, captain of the water polo team.

“And then it got worse,” said Anne Combredet, co-captain. She said the “girls’ locker room was completely,” and inaccessible because it had electronic equipment in the places it flooded.

There was one main hole on the east side of the pool roof but Ms. Sophie Sabbah, Swim, Dive, and Water Polo coach, said there were many leaks all over the pool in general.

“These last rains just put a hole in our roof and it crumbled into the pool. And there’s lots of leaks everywhere,” said Ms. Sabbah.

The pool was built in 1963 and Ms. Sabbah doesn’t know the last time the pool roof was replaced. But this isn’t the first that the swimming and water polo season has been affected due to factors outside of the teams’ control.

“Every single year we’ve had pool time taken away from us because something has gone wrong.” said Muro.

Last year when the heater was broken, the swim team had to practice at University High School, about five miles away, and this year if the pool doesn’t get fixed in time they are hoping to start practice at Culver City pool.

The pool was completely closed for a few days and was reopened with one lane closed.

“It also cut into my swim team tryouts,” Ms. Sabbah said. “I have no idea who can be on my team.”

Athletic Director, Alfredo Korzenik said he did not know when the repairs would be finished. “They haven’t told us (when the pool roof will be repaired),” said “But I’m hoping that after the break, it’s all done.”

The repairs are a city issue, he said, because Venice has a license to use the pool but doesn’t own it.