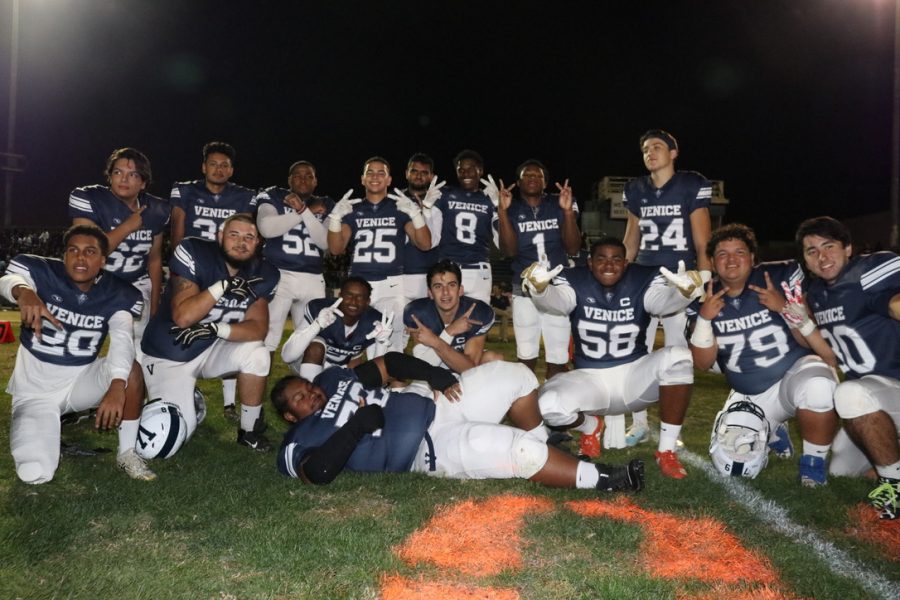 On Friday, Nov. 22, the Venice Gondoliers football team played their season finale game against the Reseda Regents. After beating Westchester High School in their previous game, the Gondoliers were full of confidence and determination about making it to championships. Unfortunately, the boys lost their semi-final game against Reseda with a final score of 42-41.

Although there were many disputes about the incorrect scoring of the game, the boys left it all in the field and left no regrets in the Reseda game.

On Nov. 8, the Gondos had a successful neutral playoff game against Bell High School winning 42-7.

“We’ve been through a lot with the media counting us out and underestimating us since the loss of Chad (Johnson) and Makai (Cope), but we most definitely opened their eyes by making it close to the championship,” said Bozeman.

Bozeman and Luca Diamont broke a record by rushing over 1,500 yards as well as scoring over 20 touchdowns rushing which has never been accomplished before in Venice high school football history.

“The season did not end exactly the way we wanted to even though we made it to the semifinals.” said senior quarterback Diamont. “We played a tough team and ended up losing by 1 point.”

“After the momentum we caught in the second half of the season, we began playing really well and kind of found our identity.”

The team has already begun preparing for their 2020 season with full determination and aspire to qualify for the championships. The gondos are continuing to push through and moving forward regardless of their loses and fouls in hopes of more transparency among referees as well as players.