The Beautiful World of Jeffree Star 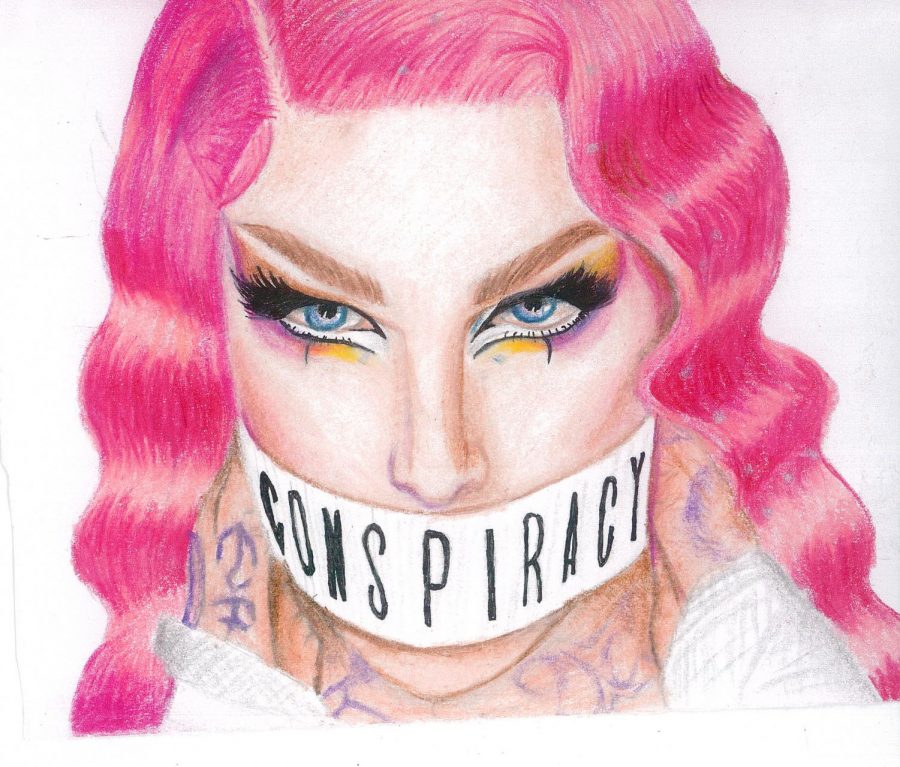 Well known Youtube star Shane Dawson created a Youtube series about social media influencer Jeffree Star. The first episode of the nine- part series aired on Oct. 1. The documentary focuses on Star‘s life and career as the founder and CEO of Jeffree Star Cosmetics and will follow him and Dawson as they attempt to make a collaboration of makeup products between the two from scratch.

The series also covers  the scandals of beauty influencers James Charles, Tati Westbrook  and Jeffree Star.  Although the series focuses on their makeup collaboration, it is also full of heart, passion and personality.

The unlikely pair have teamed up again to document the yearlong process of launching Dawson’s own beauty products. The show wasn’t just about their collaboration but unfolded compelling drama, not to mention Dawson’s engagement.

The series was first announced with a trailer on Sept. 24,  which immediately got attention from social media addicts gaining about 10 million views.

Dawson is usually known for his crazy conspiracy theories which is what first blew him up in the social media atmosphere, making fans confused and excited about his new love for beauty cosmetics.

“I think Shane should stick to what he knows,” said Junior Amani Shahid. “ Why change on content?” Some people have expressed the same opinion on Dawson switching to cosmetic products. But Dawson claims he doesn’t care.  Dawson got a little backlash because there were rumors of him doing the collaboration for money and not for his new love for eyeshadow and blush.

Dawson’s documentary shows the behind the scenes of what it’s actually like making an entire makeup line behind the eyes of Star.

“It’s crazy how someone so far from the makeup world can jump right into it so fast,” said Sophomore Raquel Saenzapardo.

The duo decides to manufacture an 18-shade “Conspiracy”  eyeshadow palette, nine-shade “Controversy” eyeshadow palette, six liquid lipsticks, makeup mirrors, beauty bags and  Dawson merch in under a year. The series moves on to the production stages. Dawson chooses the shades, pigmentation effects and names for the eyeshadow palettes and liquid lipsticks. From there, each shade is tested by Star and Dawson to ensure the best quality. Once the shades are ‘Jeffree Star’-approved, they begin to design the palette containers, logos, accessories and seek out a major brand deal with Morphe.

Dawson and Star go through crazy bumps in the process of producing their makeup. The YouTubers detail a scary robbery that took place earlier this year at one of Jeffree’s cosmetic warehouses. In the video titled, “The Dangerous World of Jeffree Star,” the influencer sends Dawson a voicemail, telling him that about $1 million worth of product had been stolen. Star explains that the robbers cut a hole in the roof to access the security room. After disarming the alarms and cameras, the robbers walked out with his eye shadow palettes, Platinum Ice Pro Palette, Northern Lights Supreme Frost Pro Palette, multiple shades of lip liners, and concealers from an unreleased collection. Months later the burglars were caught.

Fans were excited for the launch which was Nov 1st,  Star and Dawson shook the makeup community worldwide. After a day filled with refreshed webpages and error messages, these two beauty gurus sold out of the Conspiracy Palette in less than 24 hours.

Jeffree Star Cosmetics is expected to restock the Conspiracy Collection by the end of November. Until then, fans can watch episodes of The Beautiful World of Jeffree Star on Shane Dawson’s YouTube Channel.

This is “Oarsman approved.”