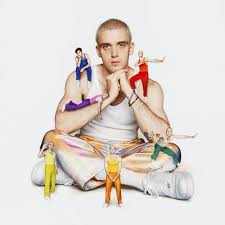 In pop performer Lauv’s latest 21-track playlist “~how I’m feeling~,” the 23-year-old releases his new hit single, “Tattoos Together” and invites his audience to a lively musical experience.

Ari Leff, more commonly known as Lauv, named himself after the Latvian term for “lion,” a name which he was inspired to name himself by because of his mother’s Latvian heritage. Born in San Francisco, Lauv began his musical career and pursued his passion for writing classic love songs.

In “Tattoos Together,” he discovered a new sound that inspired him to write songs in the path of his own musical interests, gaining more than 170 million streams on Spotify and boosting his overall success in his career, according to Time Magazine.

Lauv’s first success came in 2014 with “The Other,” the top song on the 17-track playlist, “I met you when i was 18.” From then on he decided that he was going to be in touch with “that eccentric side of myself,” according to an interview with the Rolling Stone magazine.

“Tattoos Together” represents the surprising transition. When comparing the two hit songs, “Paris in the Rain” and “Tattoos Together,” there is a significant change in beat. The pop artist said his passion for writing his classic love songs roots from his love for “nostalgia.” “I’m super-into sappy movies like La La Land and Midnight in Paris. I’ve always been this kid that’s really into nostalgia and longing for the past,” he said in an interview for the Rolling Stone magazine.

As a singer, songwriter and producer, he co-produced and co-wrote songs like Demi Lovato’s “No Promises,” featured in the popular K-pop group BTS’s remix of “Make It Right (feat. Lauv),” and DJ Snake’s “A Different Way,” co-written by Ed Sheeran.

In Lauv’s single, “fuck I’m lonely (with Anne-Marie),” he managed to exceed 250 million streams and peaked at #30 at Top 40 US radio.The song was also featured on Late Night With Seth Meyers. In addition, the track was included on the third season of the popular Netflix show, “13 Reasons Why,” as well as the Netflix’s show’s soundtrack.

But even after working under high-profile celebrities, majoring in music technology at NYU and studying methods to writing hit songs, the pop/electro pop artist found it difficult to achieve gaining recognition as an artist, imitating the styles of mainstream artists like Katy Perry to blend in with today’s pop music with still no success at achieving his goal to stardom.

In the past, he thought his music could appeal to all audiences. He wrote forced modern pop songs that he believed could achieve mainstream success. So far, the peak of Lauv’s career arose when he leaned more towards his main musical inspirations, Paul Simon and John Mayer and eventually found his own sound, according to Rolling Stone.

“Tattoos Together,” a quirky love song with colorful visuals and an adorable message, is now available on SoundCloud, Spotify and Youtube. It sets an example for aspiring pop musicians everywhere to experiment with their music, to make it absolutely the best fit for their own preferences rather than the popular preference, because everyone’s own creativity has something to offer and that shouldn’t be put to waste.

“Once I stopped trying to go about in a way that was forced, it naturally started to work,” he told Rolling Stone.