The Rise of Young Influence

Why your vote is more important than ever before 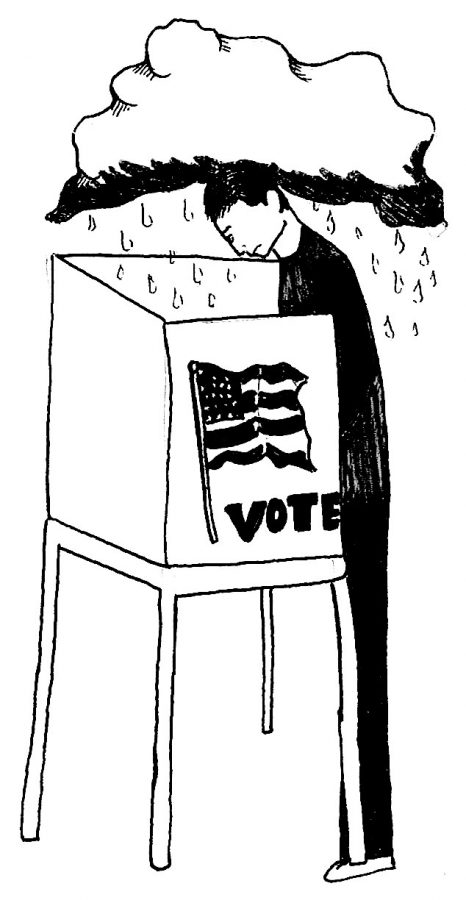 Many students are at the cusp of adulthood this year, as seniors turn 18 throughout 2020. Becoming an adult comes with plenty of new responsibilities and rights, the most important of which is our right to vote.

This right is more important than ever, as later this year the country will hold the general election for President of the United States. Voting in both national and local elections is a crucial step in our democracy that is severely underutilized by our population.

This election, Los Angeles is taking a good approach, as they are allowing Americans in the city 11 days before the election to cast their vote. This means that from Oct. 24 to Nov. 3, Election Day, Los Angeles citizens will be able to vote at any local voting center.

Voting centers will also be open 10 days in advance of the primary election on Mar. 3, from Feb. 22 to Mar. 2, which has previously been in June for California.

The 2016 presidential election was infamously divisive for a number of reasons, but many of our citizens weren’t even involved in the final vote. According to an article on census.gov titled “Voting in America: A Look at the 2016 Presidential Election,” 61.4% of the voting-age population reported voting for a presidential candidate in 2016. That means more than a third of the population didn’t even participate in our democracy.

This low turnout is especially obvious within youth and minorities. According to the same article, the voter turnout for voters of ages 18-29 was only 46.1% in 2016, and the turnout for Hispanic and African American voters was 47.6% and 59.6%, respectively.

Interestingly, Hispanics are some of the least involved voters, as they have had the lowest voter turnout in past elections.

“Personally, I probably won’t be voting this election,” said Michael Martinez, a Venice senior. “My vote wouldn’t really matter. Especially in this state, since [California] is set and fixed to be Democrat.” A lot of students will only be old enough to vote in the general election, and since the last time California voted for a president who wasn’t a Democrat was 1988, they may feel like they won’t make much of a difference.

Many Americans are not going out to vote simply because they don’t believe their vote will make a difference. After all, what use is one more voter when there are over two hundred million more?

However, as the number of people who hold this belief grows, more and more Americans will end up not voting, leading to a third of the country dismissing our elections, such as in 2016.

The reason this belief is flawed is that our elections aren’t simply a matter of Democrat versus Republican. Most people will be old enough to participate in the primary presidential election, which is always a close vote in any state.

The general election is about more than the president as well, as there are many other positions open, such as senators and House representatives. Some of these elections aren’t even a simple matter of partisanship, as candidates of the same party can run against each other.

An example is when Democratic candidate Alexandria Ocasio-Cortez won the election for U.S. representative of New York’s 14th Congressional District, against fellow Democrat Joe Crowley. Even though they were in the same party, their goals differed drastically, which is why it is important to participate in elections, so the candidates that best represent you are given support.

Local elections are also important to participate in, as they can affect your community a lot more, and because there are a lot fewer people voting in  local elections, your vote will be far more impactful.

The vote of the youth is becoming more important as younger generations begin to outnumber the old. According to an article on pewresearch.org titled “Millennials projected to overtake Baby Boomers as America’s largest generation,” the number of American millennials was expected to grow to 73 million, growing larger than the population of Baby Boomers, who was expected to decline to 72 million.

“People already don’t vote. That’s why our president got elected,” said Edgar Hernandez, a Venice student who will be participating in both elections this year. “Most of our politicians only have the interests of old people… so if we can get more young people interested in voting…maybe something will change.”

However, more states and cities need to adopt an easier voting system, and one of the broadest solutions is a national holiday.

One of the best ways to get people to vote is by making Election Day a national holiday. Many Americans have work and other responsibilities that prevent them from participating in the election, and giving them the day off will give them a greater motivation to make their voice heard.

“I think if your only job that day is to vote, more people would vote,” said Mr. Brent Rojo, a Venice teacher who voted in both 2016 and 2018. “You can’t complain about the system unless you participate in it.”

Many Americans will take to social media or talk to their peers to voice their concerns regarding the government, but if not everyone is voting in the first place, why is it surprising that the government doesn’t represent the interests of the people? That is why it is crucial that all of our citizens participate in our democracy, especially those who will be voting for the first time this year, in order to ensure that the system that institutes our lives is a reflection of our beliefs.