Breaking Up Around Valentine’s Day is Good 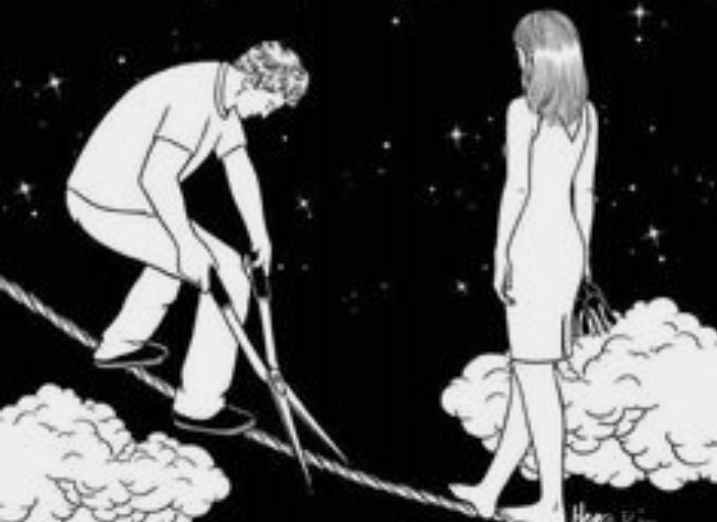 With the arrival of arguably one of the most popular days of the year, many young couples are gearing up for the romance, love, and happiness that they want to express to their significant others. However, some people are emotionally preparing for or are already recovering from a breakup. Youth and adults alike have one single thing in common when it comes to their love lives though: the anxious avoidance of not being single around this holiday.

With that being said, breaking up around Valentine’s Day is actually a good thing.

Margie Mauldin, the author of “Feedback Revolution,” a new book that provides tips for having a difficult conversation, suggested that ending a failing relationship before Valentine’s Day saves everyone from an unpleasant experience.

Valentine’s Day has many expectations surrounding it when it comes to each partner. The intensity is overwhelming for couples when it comes to celebrating their love, and to essentially put yourself through all that stress just to have the end goal of a breakup is double the misery. Economically speaking, the chocolates and flowers and other typical goodies can add up to, on average, $100, and that’s excluding the additional costs if there are plans to go on a date.

There is just as much time as money being spent working through the depression and anxiety by many individuals who are frustrated in their relationships. Clinical psychologist Michael Broder said that over his 40 years in his career, his patients have suffered emotional discomfort due to the holiday, and ultimately unhappiness to great degrees.

“Loneliness becomes really glaring during this time,” Broder said on Psychology Today. “But Valentine’s Day is a fake, man-made milestone. If you’re in a good situation with someone you can enjoy it with, then it’s great. If not, there’s a word for that: reality. If the reality is you’re going to break up, I don’t think you’re doing them any favors by holding on until after Valentine’s Day. It’s one thing if you’re going to work on the relationship, but if you know this relationship is a dead man walking, you owe it to yourself and the other person to move forward and start minimizing the pain.”

It is undeniable that emotions run high around this time, but the great relief of not having to participate in Valentine’s Day ceremonies with that person would be helping you because the festivities would not have any authenticity. In all actuality, Valentine’s Day is just another day. The only difference would be that there is slightly more emphasis on the theme of love. People who are sitting complacently in unhappy relationships or singles who start to gradually feel the pressure should exercise some of their own independence and disregard the standardized holiday.

Relationships are at their best when there is a foundation of honesty between both partners. Working off of the fear of being alone and staying in a relationship feeling heavy-hearted is not being honest with yourself or the other person.

Ending a relationship, especially around this time is easier said than done, but it is not impossible with the help of some communication tools. One of them would be to show some empathy, but don’t make light of your message to your partner. Whatever that looks like, do that, and, assuming that you know this person’s emotional and psychological triggers, use that information to get your point across while still having sensitivity toward them and the emotional state they are about to enter.

Remember you are not in the wrong for the decision you are making because self-preservation is important to your mental health. Start focusing more on your own aspirations. Explore your city. Get to know yourself again. Don’t be hurt, bae. Everything will be okay.