Softball Season Starts Without A Field 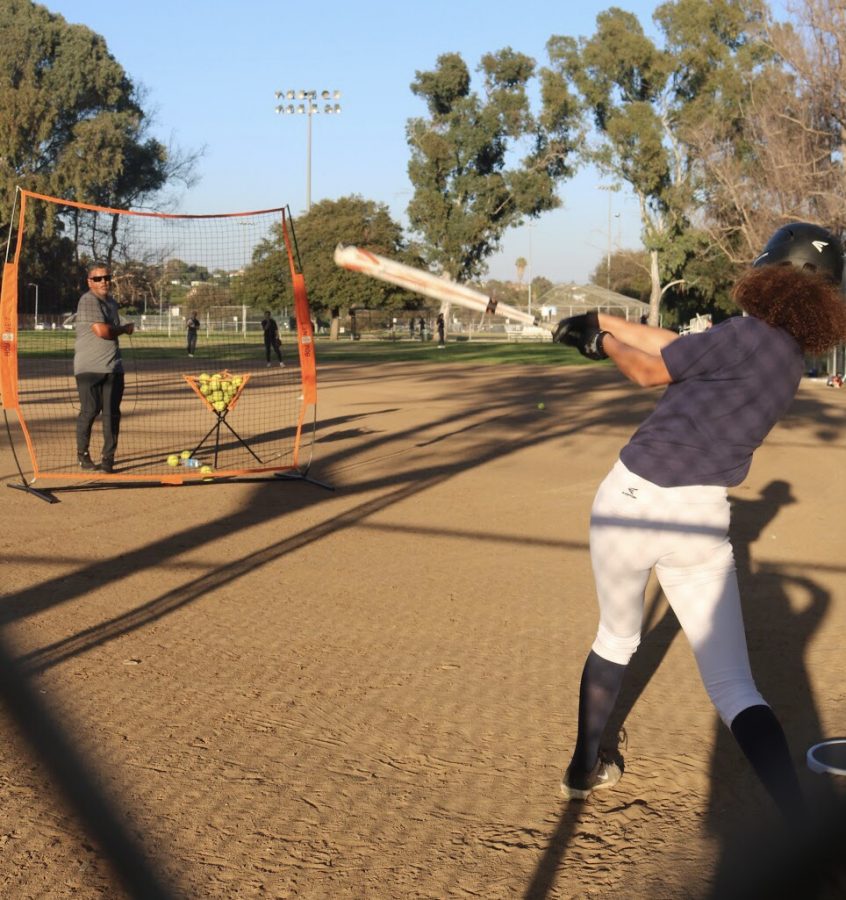 As the spring season of sports nears, the lack of their own field to play and practice on continues to trouble the girl’s softball team. Due to the fact that the boys baseball team is unable to share their field with the girls for the time being, the team is left to practice and play at off-campus locations such as Penmar Park and Mark Twain Middle School.

The softball girls said their travel to Penmar Park and Mark Twain Middle School takes away from practice, due to them having to pack and move their equipment from Venice High each time instead of using that time to enhance their performance.

“Us softball girls really hate going back and forth from Mark Twain to Venice, it wastes time walking back to Mark Twain and Coming back when we could be using that time to practice and get better,” said JV player Catherine Collegos.

“All the players think it’s right that we have a new field soon, because our field was taken first and is going to be put back in 2022,” said Collegos, when asked about the most frustrating part of the ordeal. The girls softball field was taken out in fall 2018 and the new one is not scheduled to be finished until after the football field. “We won’t get to experience a new field. Some of the baseball and softball players even joke about flunking just to see the new field.”

Despite this set-back, however, the girls continue to prepare for the upcoming season. Their first home game which will be played at Penmar Park is on Wednesday March 4 at 3 pm against Hamilton High School.