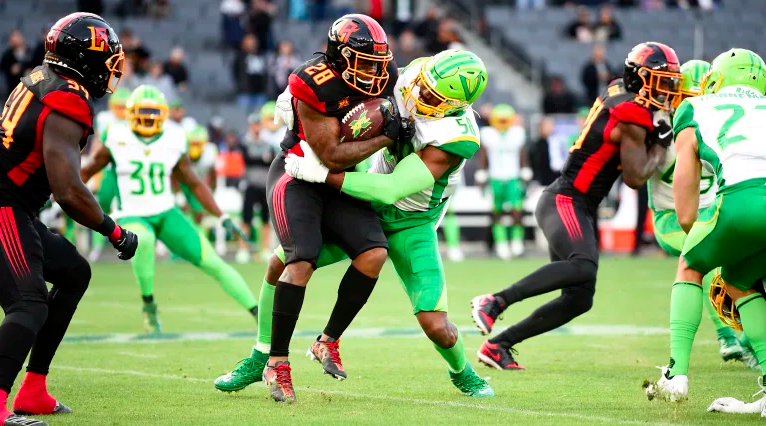 Los Angeles is lucky enough to be one of only eight major cities to have an XFL football team as of now, the Wildcats. The XFL plays during the NFL’s offseason and hopes to fulfill football fans yearning for year-round football.  The season began on Feb. 8 and will continue until April 28. The next home game will take place Sunday, Feb 16 against the Dallas Renegades. Their current stadium is Dignity Health Sports Park in Carson, currently home to the LA Chargers, and LA Galaxy.

I know very little about football. My journalism supervisor told me I had to go to a press conference and I decided to go along for the ride. The Oarsman staff was lucky enough to be invited to this conference because of the XFL’s attempt at growing a bond with LAUSD schools. The Oarsman happened to be the LAUSD newspaper they chose. The XFL hopes to create a sense of community with the cities it makes home.

The XFL is like a companion piece to the NFL. The little cousin that everyone likes, but only accompanied by his older cousin. It focuses more on the safety and well being of players as well as shortening the game. It attempts to keep the game under two hours. As you probably know, football games last on average three hours, sometimes more. In case you can’t do basic math, that’s an entire hour shaved off the game.

As well as focusing on speed and safety, the league focuses on affordable prices, a season pass starts at $100, compared to the NFL which averages at $300 for a season pass.  Each game will cost on average $20. You can buy season passes as of now.

If you are a fan of football and find a hole in your soul every time the season ends, the XFL might be your beacon of hope.