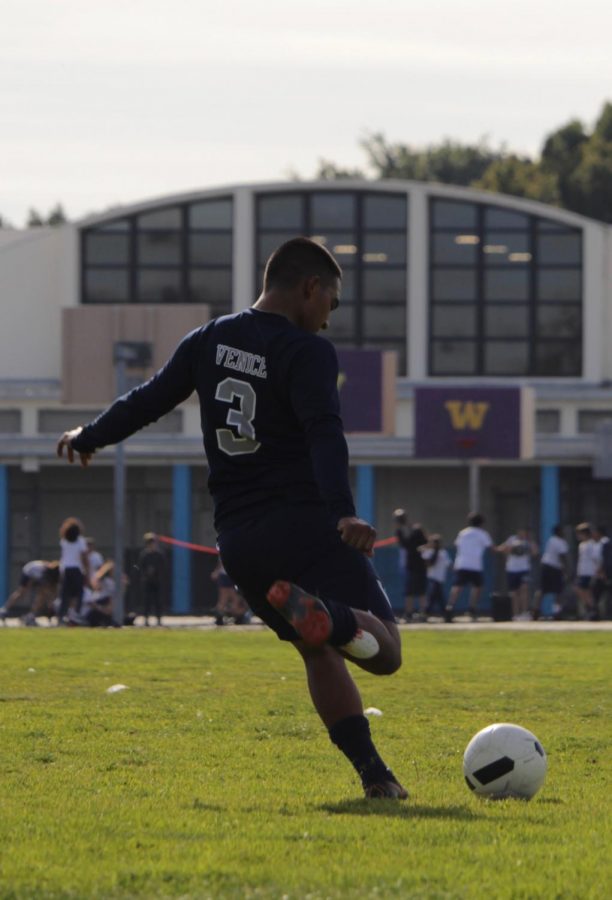 In a season in which they lost their home field, their best defender and struggled to score in several games, the Venice boys’ varsity soccer team nearly beat one of the best teams in the Western league.

The winless Gondoliers scored their most goals of the season in a 3-3 tie with Hamilton on Jan. 31.

“I was happy that we tied, given the fact that we lost 4-0 the first game,” said senior Ivan Hernandez. The Hamilton Yankees have won almost all their games.

It was a tough season for the Gondoliers who ended with a league record of 0-11-2 but they did make it to playoffs. Their first game in the playoffs was against Van Nuys on Feb. 13. The boys took an unfortunate loss of 3-0.

Early in the season, their field was torn up due to construction. This forced them to play their home games at Mark Twain Middle School, so every game was an away game.

Their tie with Hamilton was something that had motivated them to win or tie the game against Westchester the following week.

The Gondos lost their best defender Jayson Matias this season. Matias transferred to Hamilton this school year as a senior to continue his academic and soccer career.

“I have to admit though, playing against Jayson was fun,” Hernandez said. “I’ve known him since middle school and have played on the same team ever since, so this was something different.”

Even though Hernandez took this as a friendly and fun rivalry, some of the players were worried about the advantage Matias had over them.

“Next season we’ll come back strong,” said team captain Eyoel Mammo. “We’ll be doing summer training, be more serious about this, and hopefully have a better outcome.”