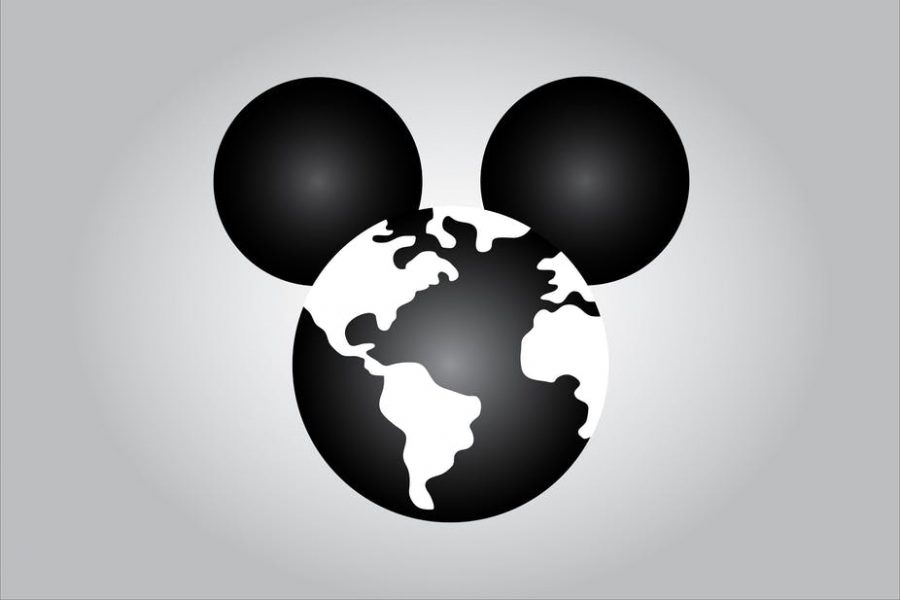 As one of the largest, most recognizable corporations in the world, the Walt Disney Company’s influence is hard to escape. Mickey Mouse seems to be everywhere; from the theme at your cousin’s first birthday party to the ads playing on YouTube for the next tear-jerking Pixar movie, the company’s ability to infiltrate our culture is undeniable.

Almost no company in the world is able to capitalize on entertainment and culture like Disney does. With its recent acquisition of 20th Century Fox, Disney now owns over 40% of all theatrical box office releases, according to The Guardian reporter Peter Bradshaw. These releases include the massively successful Avatar franchise, which was recently stripped of its title as the highest grossing movie of all time by another Disney title, “Avengers: Endgame.”

The billion-dollar acquisitions of media corporations such as Pixar, Marvel Studios, Lucasfilms (the creators of Star Wars), and most recently, 21st Century Fox, make for the birth of an entertainment monopoly. This isn’t new — corporations such as Comcast still beats Disney by 10s of billions of dollars in market share — but the implications held up by the company’s enormity coupled with their newfound drive for quantity over quality make for a potentially dangerous situation; a situation that not only makes it hard for them to make good movies, but increasingly difficult to let ones from other studios shine.

Disney’s tendency to push out franchises and recreations rather than original, effective stand-alone stories comes with their over-saturation of the industry. People aren’t expecting to see anything different, and will take whatever Disney gives them. Recent recreations such as “Beauty and the Beast” (2017) and “The Lion King” (2019) were billion-dollar successes in the box office, but disappointed fans and critics alike, demonstrated by the latter film’s mere 53% rating on Rotten Tomatoes. When a company’s influence and power go unchecked, the focus on quality is placed on the backburner.

Such control of an industry also leaves little room for anyone else, especially in the genres of animation, action, and science fiction, industries Disney absolutely dominates. A shining example of such is at the Academy Awards, which has only awarded the Oscar for Best Animated Picture to six non-Disney films in its 19-year history. Most recently, the cult-favorite independent animated film “Klaus” lost in the category to “Toy Story 4,” cited by Mashable India writer Tanzim Pardiwalla as “a nostalgia trip” that shouldn’t have beat “a deeply original [story] grounded in reality.”

It’s about time that we give something different a chance. Disney is no longer “the gentle giant of film and animation,” as stated by The American Prospect writer Brett Heinz. They’re a dominant, multi-billion dollar corporation that has been able to effectively shut out other studios and creators from achieving even a fraction of what they have in recent years. Next time you go to the movies and have to choose between a Disney-owned movie or franchise and a movie from an underground, independent studio, consider giving the smaller guy a chance.