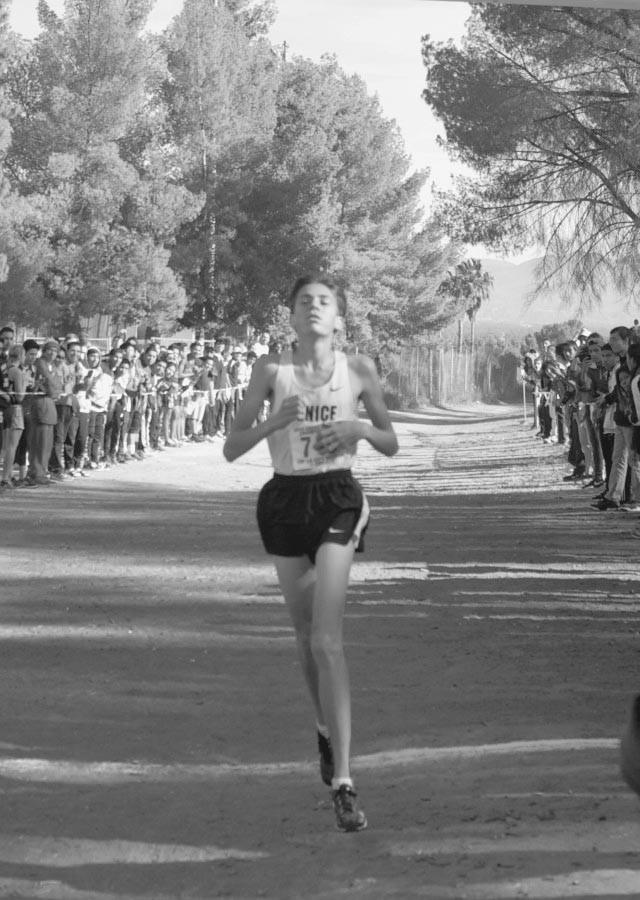 “I usually practice each day, I do six miles apart from practice at school,” he explained he doesn’t follow any specific diet.

He comes from a family where both of his parents and his brother were also runners.

“My parents don’t really pressure me that much,” said Luevano.

His cross country coach, Vidal Sandoval, feels really proud of him and thinks he has potential to achieve much more.

“I really believe that this year he will be the city champ again for track and field and I think he has the potential for both one-mile and two-miles,” explained Coach Sandoval.

Luevano started running when he was a freshman, and Sandoval said that Luevano has grown tremendously since he got here.

Luevano has received letters of interest from various prestigious colleges and universities, but he is not sure if he wants to continue running in college.

“I want to go to a school with a good marine biology program, I might run in college.” Luevano pointed out.

However his coach said “He’s got enough to run in college, but that’s his choice.”

Sandoval also said “I think by the year he graduates he’s going to be the best runner that Venice High School has ever had.”