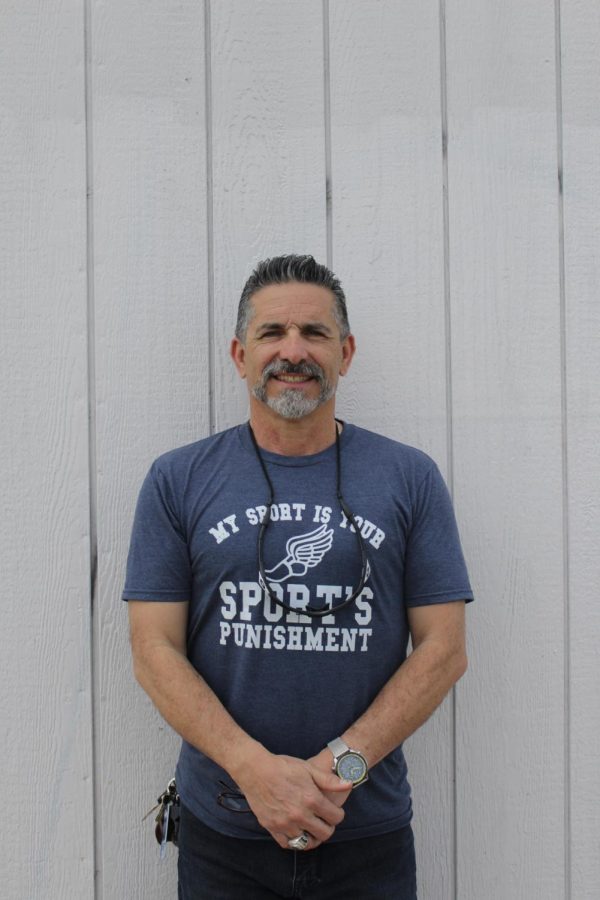 After coaching at Venice High School for twenty years, Coach Vidal Sandoval was awarded CIFLA City Section Cross Country Coach of the Year of 2019-2020 by Malleke Lord. He began coaching at Venice High school about 20 years ago due to his love for running. After attending Venice and graduating in 1979, he was inspired to continue to pursue distance running which eventually led to his role as the head cross country and track coach.

How does it feel to be coach of the year?

“I’m actually humbled by being nominated the CIFLA City Section Cross Country Coach of the Year because I actually know a lot of coaches who are wonderful and to be nominated coach of the year.”

Throughout his career Mr. Sandoval has won eight Western League championships, had ten state and city participants in Cross Country and Track, and he’s also had four city champions in cross country and three city champions in Track in division one. In 2018 and 2019 he made history by leading the boys’ varsity cross country team in the Division II championships. Last year he also coached lead runner Juan Herandez to state finals and Andrea Gallardo also ran her second time in state.

How have your students / athletes helped you achieve your goal position?

How does it feel to watch all your athletes over the years grow and move forward in life?

“It’s a wonderful feeling to know that some of my runners attain things that they probably think they couldn’t achieve but I believe in each and every one of my runners and I know they can do wonderful things, it’s just a great feeling. It’s kinda like my kid, my own sons and daughters achieving these things, it’s wonderful.”

Do you plan on continuing to coach for the next four years?

“Coaching, I might retire soon and if I do I would like to hand this off to one of my ex runners Coach Ivan Gomez and maybe Coach Sarah Dobbs can also help them; but when I retire, running is always going to be a part of me until the day I die, I love running.”

What do you think makes you different from the other coaches?

“I think what got me this nomination was that people have noticed that I really care about the whole human being not just the progress of my runners but their academics and their personality to be good people and the strongest athletes they can be.”

What does a typical schedule look like for running, for yourself and for your athletes?

After his award, Coach Sandoval will now be inducted into the California Coaches Association Hall of FAME of 2019. When I spoke to Varsity captain Andrea Gallardo she was thrilled to have found out that her coach was named Coach of the year.

“I don’t even know how to put it in words, it’s just amazing, I already knew that he was one of the best coaches but just knowing that he’s actually one of the best recognized coaches makes me want to accomplish more because I know he is experienced so that gives me that confidence,” Gallardo said.