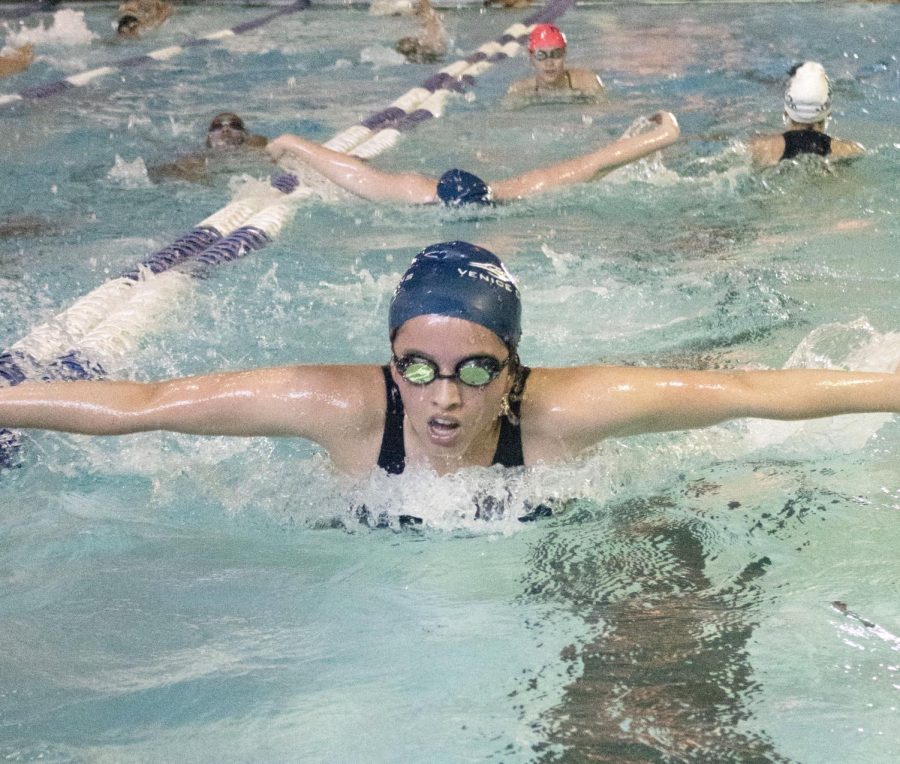 The season for all the Venice High School swim teams kicked off on Feb. 17 in a road loss against Cleveland High School. However, only half of the Venice teams showed up for the meet, so they weren’t able to display their full potential and lost. Then, they began a three game losing streak following losses to El Camino and Torrance. The team again only had half of the players showing up to the two meets.

Coach Sophie Sabbah thinks the team can do better if the players are more dedicated and show better ethics.

“We don’t have as much dedicated kids,” said Ms. Sabbah. “This is not as strong of a season as I had hoped.”

To make things worse, the Venice Gondoliers will not have a single home meet for the entire season, because they don’t have full access to the Venice pool, which also will be closed for part of the season for roof repairs. The swim teams get funds from selling snacks during home meets. But without any home meets, they won’t be able to get any.

“No home meets means no snack shack pays.” said Coach Sophie Sabbah. “This would cut into our fundraising. Hopefully we can get more swimmers and divers to show up at the next meets, so we can show them what we are really made of.”

Despite all these challenges, the girls varsity team, who has made the state finals every single year, remains optimistic and looks forward to another successful season.

“It will be hard to practice, since we only have one coach.” pointed out captain Anne Combredet. “But I have confidence in us that we will make it once again.”

Combredet also points out that the entire team is made up of newcomers, since everyone had graduated last year.

“But we have lots of new talent and fast swimmers,” said Combredet. “And as long as we show up to practices and have dedication, which has been a problem in previous years, anything’s possible.”

“This is the time to show how strong we really are,” added Ms. Sabbah. “We are definitely going to city, but as long as we show stronger ethics, I think we can make the states.”