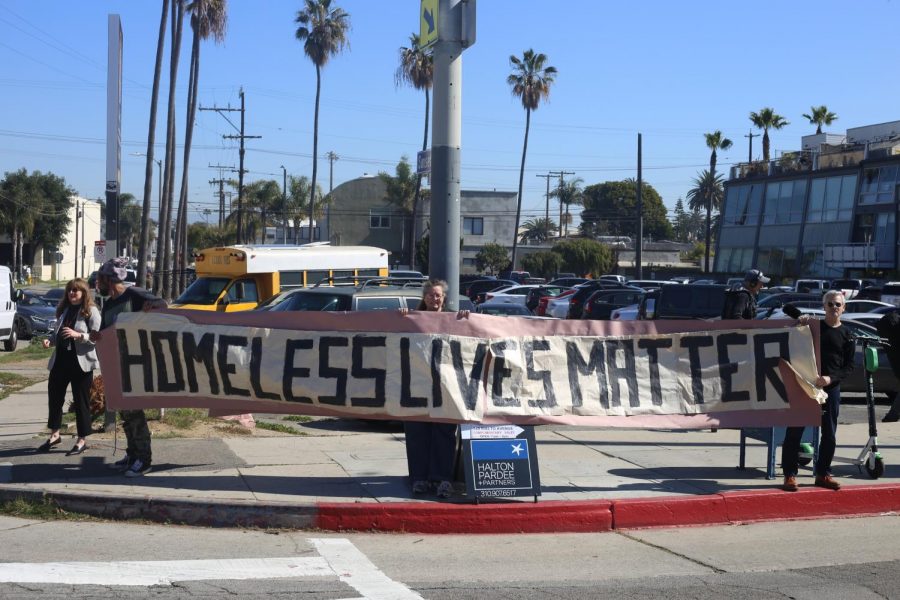 The homelessness crisis in Los Angeles is largely important to the people of our city. Steps need to be made to provide solutions for the thousands of LA residents who are living without a home, and one of the simplest and most effective solutions is housing.

Bridge homes are a relatively new take on housing. They exist for shorter amounts of time and hope to give the homeless enough time and shelter to get back on their feet.

Venice has recently taken a good approach. Venice’s new bridge housing has a simple goal: helping people off the streets. The housing project for the homeless is located between Pacific Avenue and Main Street and takes up an entire block. It houses 154 people, one-third women, and the rest men. Each bed is set up in a cubicle-like area, about 5 feet by 5 feet with one cabinet and a bag full of toiletries and other necessities.

The ribbon-cutting for the project on Feb. 25 included speakers such as Los Angeles Councilmember Mike Bonin, Mayor Eric Garcetti, and a few others who helped pave the way for this project.

This is not the first bridge housing project in LA,and it surely won’t be the last. There is a relatively simple and easy solution to the problem of homelessness, but every day these good people face constant backlash from the community.

Bridge homes weren’t just put together by the city. A few non-profit companies helped along the way. SPY (Safe Place for Youth), and PATH (People Assisting The Homeless), were the unsung heroes of the project. The people who run the programs work tirelessly day in day out just to do what’s right.

Major opponents of bridge housing are the NIMBYs, or “Not In My Back Yarders,” a group that thinks the solution to homelessness is pushing them elsewhere. We can’t push our problems elsewhere, we need to face them here and now. This project will do just that.

Why a project of homelessness is faced with such an odd opposition is beyond me. Simply grouping people without a home into this false pretense of dangerous and mentally ill folks is an all-around ignorant practice. Bridge housing is a simple solution, one that LA hopes to use in their new project.

“This is a dream come true to finally be here now,” said Garcetti when asked how it feels to finally get this project really started.

It’s been far too long. This project could have been done within a year, but people pushed back.

The homeless are not a disease in our community. Most of the time they’re men and women like you and me, just down on their luck. The last thing they need is a community that kicks them while they’re down. This bridge home is open to take in those men and women, but people still push back. The project has already had a bomb threat within a month of existence.

Fortunately, many are pushing past the ignorance of a few. Bridge homes are popping up around the city, then hopefully the state. This crisis is being fixed whether the opposition likes it or not.