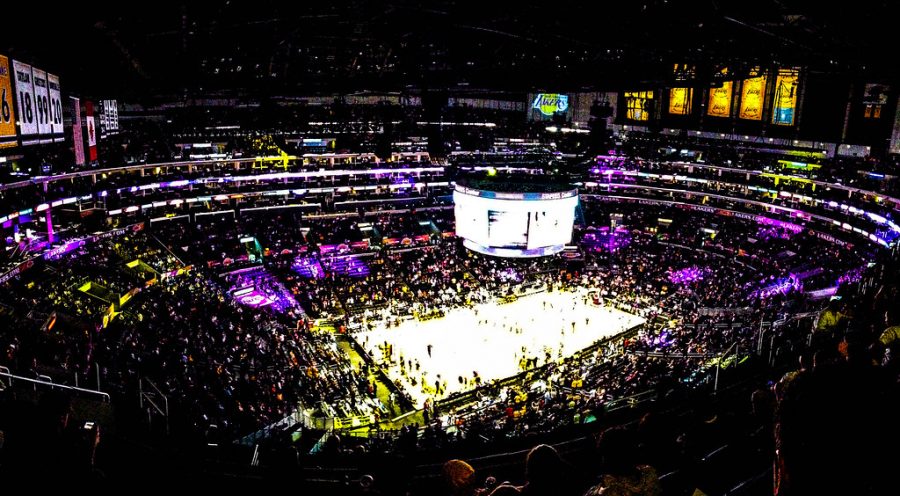 Many sports events, including the National Basketball Association (NBA) games, had continued despite the many ongoing cases of coronavirus in the U.S. before the virus became a pandemic. However, a turning point occurred on March 11 and it will never be the same, for at least the rest of the 2019-20 regular season.

It was another usual day of the NBA regular season. The Utah Jazz and the Oklahoma City Thunder were on the verge of tipping off in a game featuring two teams in the playoff picture. But suddenly, players and fans waited anxiously as coaches and refs huddled around to discuss the situation. Then, both teams made their way back to the locker rooms, and the game was postponed.

It was later revealed that Jazz all-star center Rudy Gobert had tested positive for the coronavirus, possibly due to him jokingly touching every reporter’s mic recorder during a press conference a few days prior. There had also been reports that Gobert displayed reckless behaviors in the locker room, touching teammates and their belongings.

Over fear of the coronavirus outbreak, the NBA announced that the season will be suspended until further notice. Later that night, the matchup between the New Orleans Pelicans and the Sacramento Kings was also postponed.

“We are at the point where it has been declared a pandemic,” said NBA commissioner Adam Silver joining Inside the NBA, which is usually a postgame show on TNT. “And it’s virtually impossible to contain it, making it widespread.”

Silver also pointed out that the NBA community is not immune to the coronavirus, so it would spread throughout it as well.

The suspension left many fans around the world shocked, including many Venice High School students.

“I was enjoying the fights and the crazy energy that I saw this year,” said sophomore Victor Oguekwe. “Then Rudy Gobert screwed us all.”

“I am pretty bummed out,” said sophomore Anthony Estrada. “It’s been boring, and there probably won’t be games until when the offseason usually starts.”

The following day after the league’s suspension, Gobert’s teammate and all-star guard Donovan Mitchell had also tested positive, but the situation worsened. Eventually, more people involved in the league, notably Brooklyn Nets superstar Kevin Durant, were revealed to have tested positive for the coronavirus. So far at this moment, the good news is that most of them have been cleared from the virus and they are all symptom-free.

However, there are still many unanswered questions. Will the NBA ever start back up? If so, what would the format look like? Will there be an offseason? Will the 2020 NBA draft be postponed as well?

For now, all the players and fans can do is to stay safe and hope that the season can be salvaged.