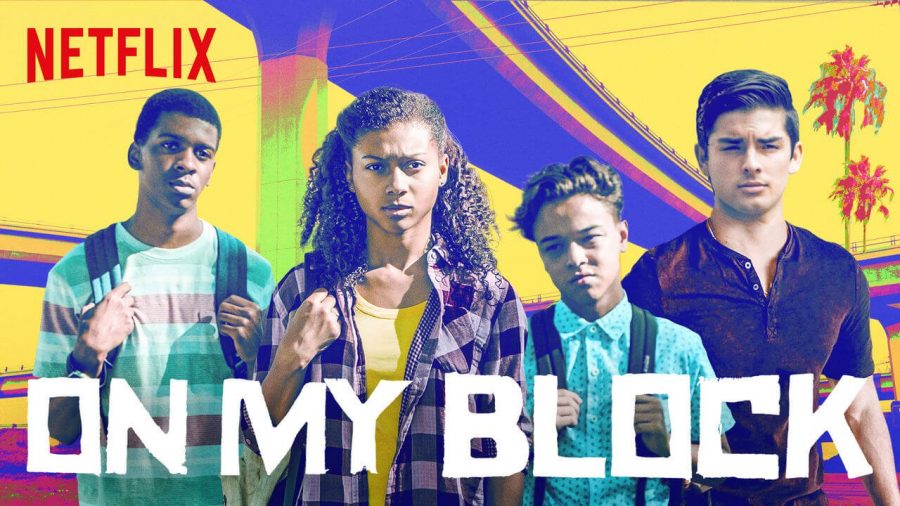 Season 3 of “On My Block”, a series about a group of teenage friends, the Roller World money and the Santos gang, premiered March 11 on Netflix.

The Netflix series, which came out in March 2018,  is where Cesar, Monse, Ruby, and Jamal navigate their way throughout high school surrounded by danger and gangs. Cesar is in the Santos gang mostly because of his brother, Spooky. Ruby is just a small, normal kid trying to live his high school experience. Jamal got tired of fake playing football to impress his Dad and got a hobby, which was to look for the RollerWorld money. The gang leader, Lil’ Ricky, hid the RollerWorld money which they stole and led Jamal on a quest. The rest of Jamal’s friends played along so they can help Cesar get out of the gang.

Season 2 is all about Cesar and his quest for finding safety. By the time we get to the season two finale, Spooky had a solid plan to help get Cesar to safety.

The plan went something like this – the Prophets are locked away after the stolen money from the bank is tracked back to them. Basically, they all get caught including Latrelle, which solves one of the biggest problems of the season.

After everything Monse has gone through in this past season of “On My Block,” she seems to be over the whole scene. The prospect of leaving the town of Freeridge and going away to New Hampshire for school doesn’t seem so bad.

She turns around in frustration to see if they even care, but they’re nowhere to be found. Unbeknownst to Monse, moments before she turned around, a van pulled up next to boys and the gang members took them into the van. And just as Monse realized the boys were gone, the van pulls up by her and takes her as well.

“On My Block is a binge-worthy show and it’s really funny,” said Danya Vasquez. “I really want to see what happens next because they ended season 2 with many unanswered questions.”

The trailer for “On My Block” season 3 dropped Feb. 28. It previewed how they had gotten kidnapped by the leader of the Santos. She wanted to thank Cesar and his friends for taking out the Prophets. Now she wants them to help her find Lil’ Ricky, who was supposed to be dead.