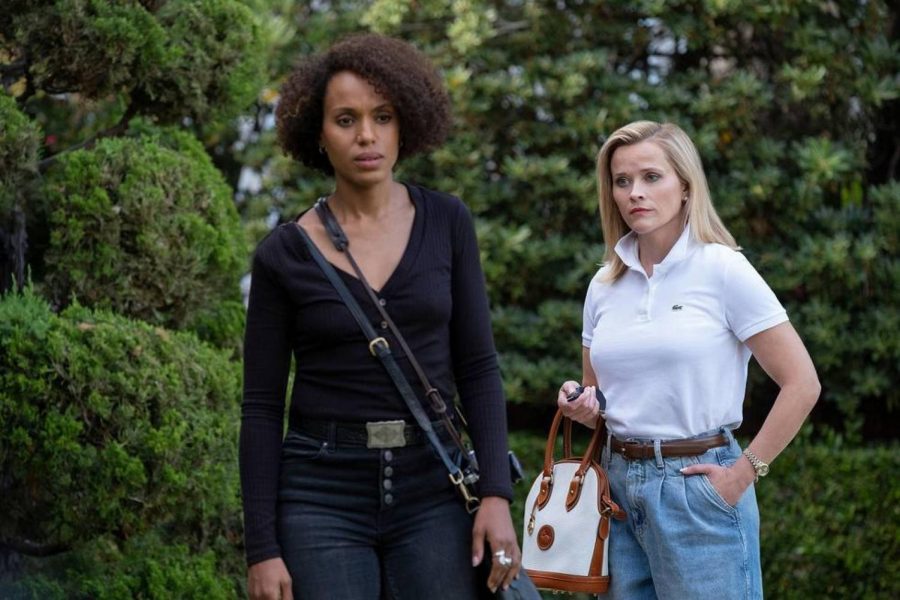 Hulu’s latest limited series “Little Fires Everywhere,” based off a book of the same name by author Celeste Ng, has lit the internet aflame with its seething drama, important commentary on social issues, and superb acting from its main and supporting actors. The series released on the streaming platform on March 18, and premiered each episode on a week-by-week basis until April 22.

The series, which centers around two fictional families in Shaker Heights, Ohio in the late 1990s, examines how striving for perfection and following societal rules can lead to the demise of entire families.

The Richardson family, led by part-time journalist Elena Richardson, portrayed by Reese Witherspoon, is composed of her husband Bill, and their four children: senior Lexie, junior Trip, sophomore Moody and freshman Izzy. Their conflict, and more specifically, Elena’s conflict with the Warren family, headed by struggling artist Mia Warren, portrayed by Kerry Washington, and her daughter, Pearl, is the highlight of this 8-part series.

Their antagonism for one another stems from a disparity that exists among many in suburban America: upper-class privilege and lower-class status. The Richardson family is this series’ embodiment of the “American dream,” with the family complete with their nice house and cars and steady, dependable jobs. The Warrens’ existence, not nearly as pristine and elegant as the Richardsons’, is marked by single parenthood and uncertainty about where the next meal will come from; a battle far too great for peaceful coexistence with the Richardsons and the rest of the Shaker Heights community.

The series sees the matriarchs of both families fight tooth-and-nail about and for their children, with Mrs. Richardson characterized by her need for perfection and condescending nature to anyone who’s not perfect. While the community is embroiled in a heated custody battle between an immigrant woman, Bebe Chow, accused of abandoning her child and one of Mrs. Richardson’s friends, Mrs. Richardson goes as far as threatening to tell her daughter, Pearl, her mother’s darkest secrets for supporting Chow in court.

For many viewers, the motivating factor behind all of these actions goes deeper than a sheer dislike between the two women; to some, it has a lot more to do with race. Tackled with care by the show, racism is shown subtly by the Richardson family in the little things they do, such as Lexi Richardson stealing the story of race-based discrimination in school from that of Pearl Warren, flipping it into a story of gender-based discrimination, and using it as the subject matter for her college admissions essay, to Mrs. Richardson asking Ms. Warren to be her maid days upon knowing her.

Subtleties such as this, along with tackling the everyday social issues of suburban America, has contributed to high praise from the audience. Commonalities such as high school bullying and the serious mental effects it can have on young minds, as shown in the case of Isabel Richardson, are emphasized and validated. Labeled as a “teen show” on Hulu, the series tackles such adult topics that it can hardly be pigeon-holed into such a category.

Eventually, the arson of the Richardson home by unexpected culprits left fans with a slew of emotions. Although the ending was interesting and satisfying enough for some, it seemed somewhat unrealistic in the leadup and the execution. Proceeding the large argument that led to the house being burned down, there was no real indication that any of the arsonists had anything particular against their mother, hence the decision by them to burn down the house a bit confusing.

Additionally, the star power that Witherspoon and Washington bring, given their previous credits, was wasted, as described by journalist Alan Sepinwall in his review in Rolling Stone. With such recognizable faces in a show, it is not hard to associate them with previous roles, and “Little Fires Everywhere” did so almost excessively, somewhat degrading Washington’s acting in the series.

Overall, the plot and important dialogue that “Little Fires Everywhere” brought to the Hulu original series lineup is well appreciated and new for the platform and adds to the value it brings for this year’s quarantine binges. However, certain issues with realism and casting reveals some of the series’s shortcomings. The Oarsman gives “Little Fires Everywhere” 3.5/5 stars.