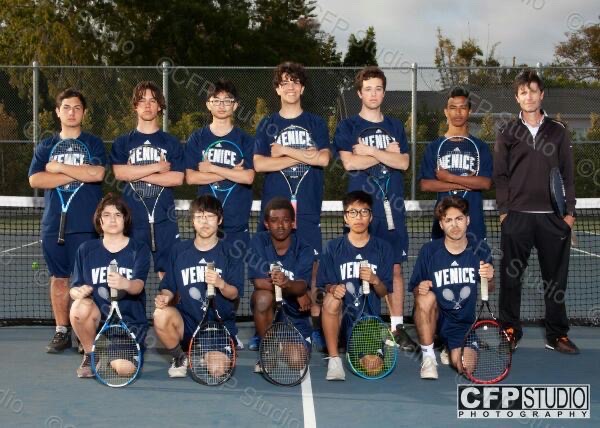 The boys tennis season of Spring 2020 had just begun before being cut short due to the COVID-19 pandemic. LAUSD shut down all spring sports on March 12. The team was able to play one home game on March 11 at Los Angeles Center for Enriched Studies.

They lost in a close match of 4-3 before receiving the news of their season being canceled. The team is left devastated over this year’s spring sports cancellation, especially the seniors who will not have a chance to compete in their final season.

This came as a great shock to the team captain and senior Lyle Yoergler. Yoergler had great hopes for this season. He was hoping to qualify for this year’s end-of-season CIF individuals as a singles player as well as winning his matches.

“My reaction was complete shock, I was beyond disappointed when I lost out on a senior season,” says Yoergler. “I have been training for four months. I even ended up going to some of the girls team practices here and there, so I could play as much tennis as possible. I had ambitions of becoming a top singles player for the team, as well as striving to make a positive impact  as our team captain.”

Yoergler had been leading team practices with the help of the team’s new coach, Andrew Horan. Yoergler along with Coach Horan had high hopes for this year’s team.

“I wanted us to accomplish having 4-5 wins out of our 10 game schedule,” said Yoergler. “This year’s team has been newly rebuilt this season because of our seniors graduating last year. A vast majority of our team is made up of new and inexperienced players.”

This year’s team had been newly rebuilt. There were many unfilled spots for this year’s team due to the seniors graduating in the previous season. However, these spots had been filled by newcomers to the sport, some having never picked up a racquet prior to joining the team.

“I had no experience with tennis until I joined the team,” says senior Salvador Quintana. “I was part of the basketball team last semester. My first practice changed my perspective of the whole sport, which made practice my favorite part of the day.”

Despite the lack of many returning players, the team looked good at the beginning of the season. They had been very focused on improving their skills and game. Practice was held at Mark Twain Middle School 4 times a week from 3-4:30 P.M.

“I was hoping to make the most out of a rebuilding season, and I wanted to learn new leadership skills along the way by being the best captain I could be,” says Yoergler.  “These were my initial goals.  Though I never got to see these goals come to fruition.”

Since the cancellation of this year’s season, all Los Angeles city courts are closed as well as all tennis facilities. Due to this, as well as the stressed importance of social distancing, the team has not been able to get together to practice.