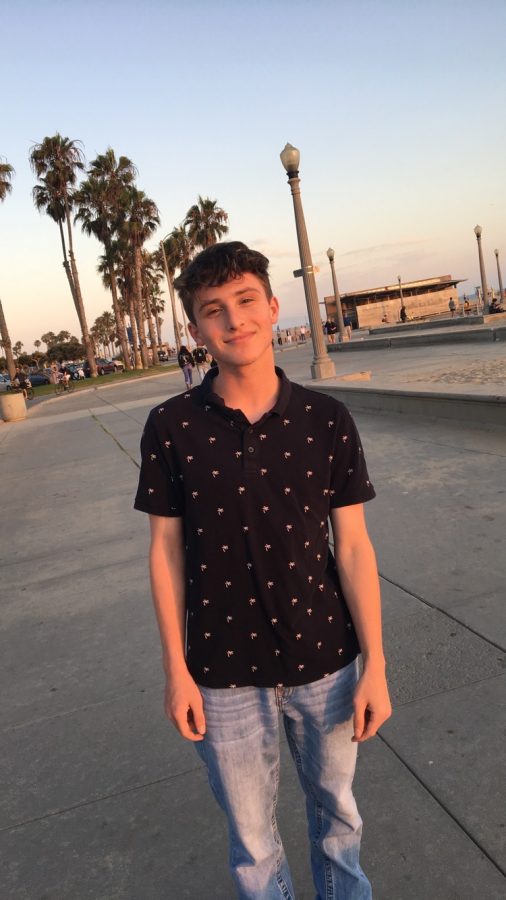 On April 21, Noah Lahman, a former Venice High student, died due to an accidental drug overdose. Lahman was 18 years old and attended Venice High School’s STEMM magnet up until last fall. He transferred to Venice during his freshman year from Windward School and easily made friends in the Venice High community.

“Noah Lahman was in my Algebra 2 class two years ago,” recounted Brenda Alcaraz, Lahman’s former algebra teacher, in an email. “I remember that Noah would always walk in with a huge smile and a positive attitude. It was inspiring to see him so happy and it motivated others to walk in with a positive attitude. During the lesson of the day, Noah would always participate and he never complained about helping others. Noah was a ray of sunshine to our Algebra 2 class.”

Lahman was the type of student that was dedicated to anything he put his mind to, and this applied to his art. He loved creating art and while he was occasionally caught drawing in class, he never let that prevent him from excelling in all of his classes.

“When [Noah] noticed I made art, he asked me if I was going to try to make a career of it and at the time I didn’t plan on it,” said a classmate in his art class, Julian Izaguirre in a text. “He encouraged me to try and build a career out of it though. He told me I had talent and that as long as I had the mentality to keep making art, I could turn it into something. He would always remind me that even when no one else sees what I want to do, it doesn’t matter. Because at the end of the day, it’s my life and my career choice. He knew I had the ability to make something out of my art and that I had a talent that not a lot of people do and he told me to keep drawing and never let my passion die out.”

During his time at Venice, Lahman met Lara Harden, who later became his girlfriend. Like many others, she saw his compassion and magnetic personality.

“[Noah] taught me how to love myself and helped me with a lot of problems I faced,” said Harden in a text. “He was a wonderful guy that I am happy to call my first love. Although we had a lot of pain in our relationship, above all he changed my life for the better. I wouldn’t be who I am now without him and I wouldn’t have the support group that I do now without him and I can’t thank him enough for that. He was my best friend and I am so glad I got to be in his life.”

Perhaps Lahman’s most admirable quality was the amount of love he had for his younger brother, Toby Lahman. Lahman was extremely protective of Toby, and despite the one-year age difference between them, the two were inseparable. More than anyone else, Toby Lahman said his brother pushed him to be the best he could because he made it his responsibility to ensure his brother’s future.

“Noah wasn’t just my big brother, he was my best friend. He possessed a sense of selflessness that will forever be remembered by me and others that knew him well,” said Toby Lahman. “I will never forget the childhood I had the honor of sharing with him. I will forever honor his legacy. Rest in peace Noah. I love you.”

On Sunday, May 3, due to the recent stay-at-home orders, the Lahman family hosted an online memorial for friends and family to celebrate Noah’s life and over 400 guests were in attendance to show their love and share memories they had of him.

“Noah was always someone who was supportive and easy to talk to,” said senior Nick Tomlin. “He was very charismatic and made many friends while he was at Venice. Noah was always that guy who could brighten up a room just by walking in with his smile. Noah will undoubtedly be missed by many but the memories of his uplifting personality and all of the good times I had with him whether it be working on a project or joking around, will live on.”