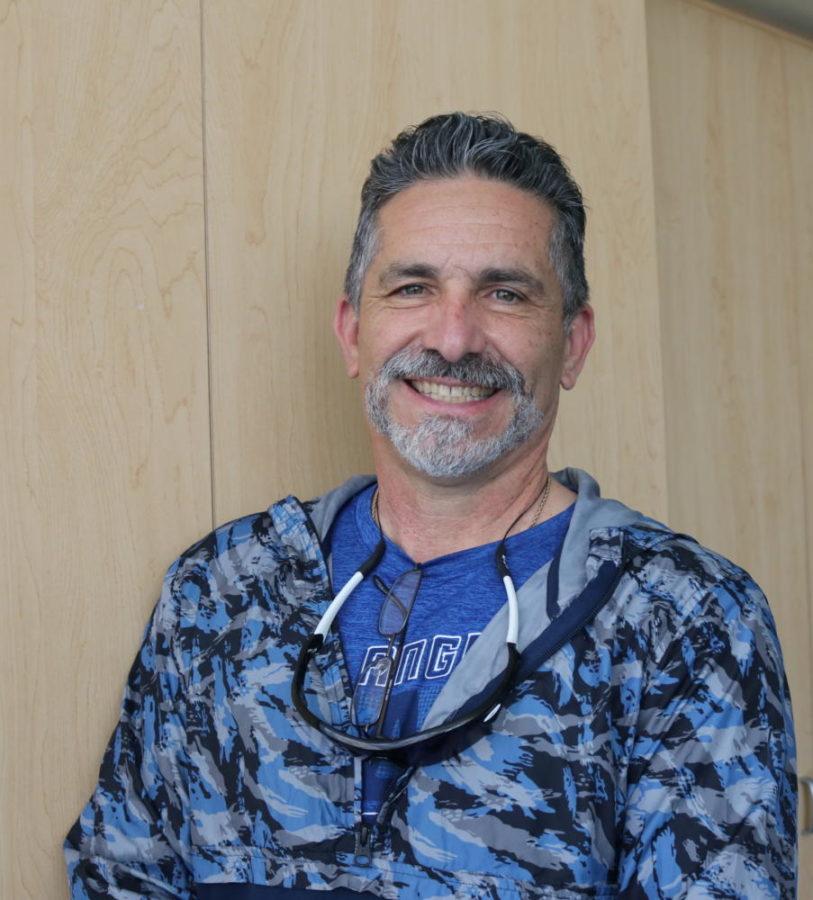 Vidal Sandoval  Proud Of His Work With Student-Athletes

Vidal Sandoval, history teacher and a cross-country and track coach, is retiring after teaching at Venice High for more than two decades.

According to Sandoval, one of the most rewarding things about teaching is having former students return to say hello.

“I just love it when some of my former students come back, and they’re adults,” he said. “Sometimes students even come back with their kids. They’ll say ‘I’ve graduated from college’ and they’re professionals or they’re doing something that they selected in life because they decided to go to school. It’s a highlight to know that so many of my students have been successful and that they’re happy in life.”

Sandoval has also had many exciting experiences as a cross-country coach.

“One of my proudest moments as a coach was being a part of our boys’ cross-country Division II City Championship team in 2018-19 and repeated 2019-20,” he said.

“I am honored to have coached other outstanding runners who also went on to compete at the state level. I am humbled by having the opportunity to work with such great student-athletes.”

Sandoval says that he has learned a lot over the course of his career as an educator.

“There’s so much knowledge that teachers put forth,” he said. “But if you’re a teacher, you’re going to learn as much from the students as they learned from you. And if you absorb it properly, it helps you to become not just knowledgeable, but wise.”

According to Sandoval, the hardest thing about teaching was realizing that there is only so much a teacher can do to help their students through personal struggles.

“It gets frustrating as a teacher because there’s only so much you can do to try to break down those barriers.”

Sandoval’s retirement plans include traveling with his family and enjoying personal hobbies, but for now, he’s glad he can spend the remainder of his time at Venice somewhat connected to his students—a connection which he says will be the greatest loss retirement will bring.

“You know [retirement] hasn’t hit me yet,” he said. “As soon as I get into my classroom, it’s like spinach for Popeye. I’m gonna miss the jumpstart that I get every day from my students and from just being at school. I’m going to miss the interaction with my students and teacher buddies, and I’m definitely really going to miss my runners.”