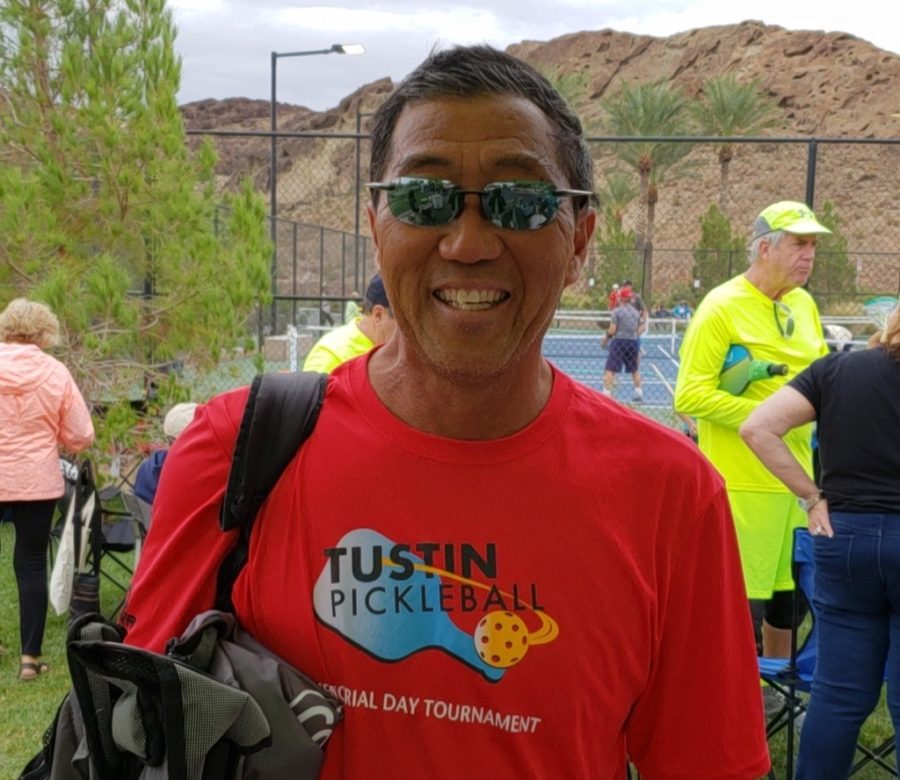 An educator with 30 years of experience, Hosohama has been a teacher and assistant athletic director at Venice for two years.  Before coming to work for LAUSD for 23 years, Hosohama taught at Calmont Private School in Topanga, CA for about 6 years and briefly taught at Newbridge Private School in Los Angeles.

“We’ve bonded and developed a very close, tight-knit kind-of a relationship with each other,” he said. “I’m going to miss the whole P.E. department.”

Hosohama is excited to see the completed construction of athletic facilities at Venice High, especially the tennis courts where he planned on teaching pickleball. If you don’t know what pickleball is, it is “a game resembling tennis in which players use paddles to hit a perforated plastic ball over a net.”

Hosohama is a certified expert pickleball player and instructor, so much so that he’s played in tournaments around the United States and Canada.

“I’ve won somewhere between 50 to 60 pickleball medals,” he said. “My colleagues call me a pickleball junkie.”

But his pickleball career won’t come to a halt because of his retirement. He may be teaching pickleball classes at Santa Monica College in the future.

“And the old expression goes—when one door closes, another door opens,” he said.