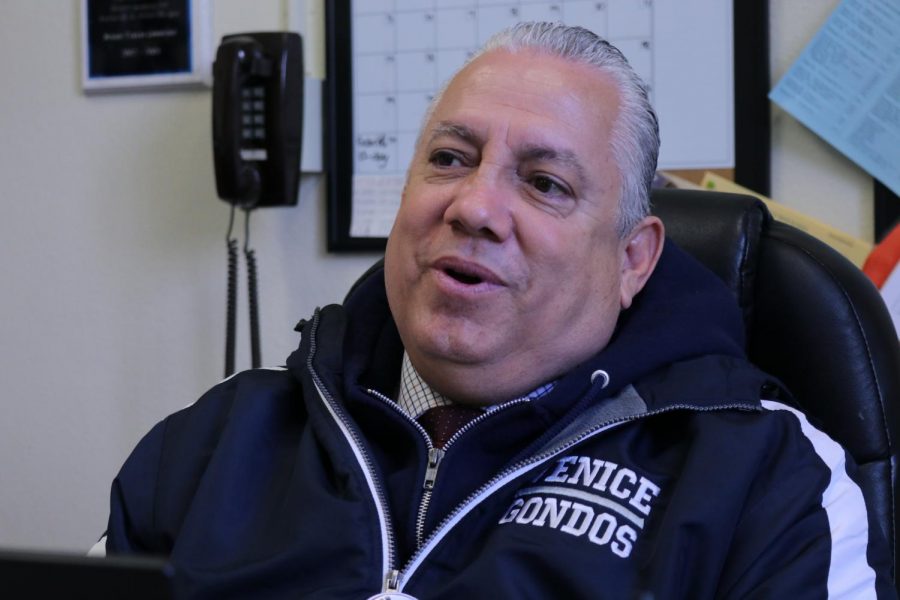 Have you always wanted to become a principal?

“I remember when I was in fourth or fifth grade, I organized a Little League during lunch time and it was pretty cool. Every day, I looked forward to who they were going to play and was the one who organized it. Then my principal goes, ‘can you do that for the whole school?’ and I’m like ‘I’m only a fifth grader.’ She was like ‘No, we want to have intramurals.’

Who has influenced your life the most?

“It would be my father, he’s passed now. He always instilled education. He always instilled that to do what we wanted to do you have to get an education to support whatever job you want. And of course, our faith. He taught us our faith. What I give to all my children is what I have learned from him. My dad was the one who made sure that we got good grades and understood the fact that if you want things in life you’re going to have to work for it. He showed it with example. He was a hard worker. He had seven kids, so he had to work days and nights just to provide us with a house and clothes and food.”

What is your favorite high school memory?

“I went to an all-boys Catholic high school. My favorite memory was probably the most exciting one, I was an athlete, I played basketball. When I got accepted to college, my senior year, when I got that letter. The school I wanted to go to— I knew I wasn’t going to get offered a scholarship. But my coaches said that if I went there, I could probably walk on and play. So when I got that letter of acceptance, I remember I was really excited. It was around this time during my senior year March or April when you get those letters. I will never forget where I was at, I will never forget who I went to see first and who I talked to first. It was all when I got accepted into college.”

What has been the biggest challenge you’ve had to overcome?

“When I was younger, my father lost his job. He couldn’t work anymore because of a medical condition. We had it pretty good with him working. My mom didn’t work; he was able to provide. He worked for the Department of Water and Power for the county. He had a really good job, but then medically he couldn’t work. So our lives went from living in a very nice situation to my dad not working and us having to use Food Stamps. It changed when I was in the sixth or seventh grade. So staying focused on academics, because that was still his rule, was harder because things got tougher for all of us. So I think that it took me longer to finish school. The older brothers finished sooner and then all of us took a little longer. My youngest ones didn’t even go.

I lost my dad the way he was—really strict in terms of academics and everything. I had that up until seventh grade so I had all of that foundation. My younger brothers lost that side of him when they were in kindergarten, elementary school, really. So they didn’t have a strong foundation. He was still there for them for all throughout their lives, but he was more of a nicer father,  not so strict. So because of that, they didn’t finish school. Their lives are tougher.

I tell you guys: easy school, hard life; hard school, easy life. You have to work hard to get good things. My brothers had it easy growing up so now it’s now a struggle for them. Overcoming and persevering and not giving up is important. Even though it took longer to finish school, I was still able to fulfill my dreams. Be a principal. Have a family, a nice home.”