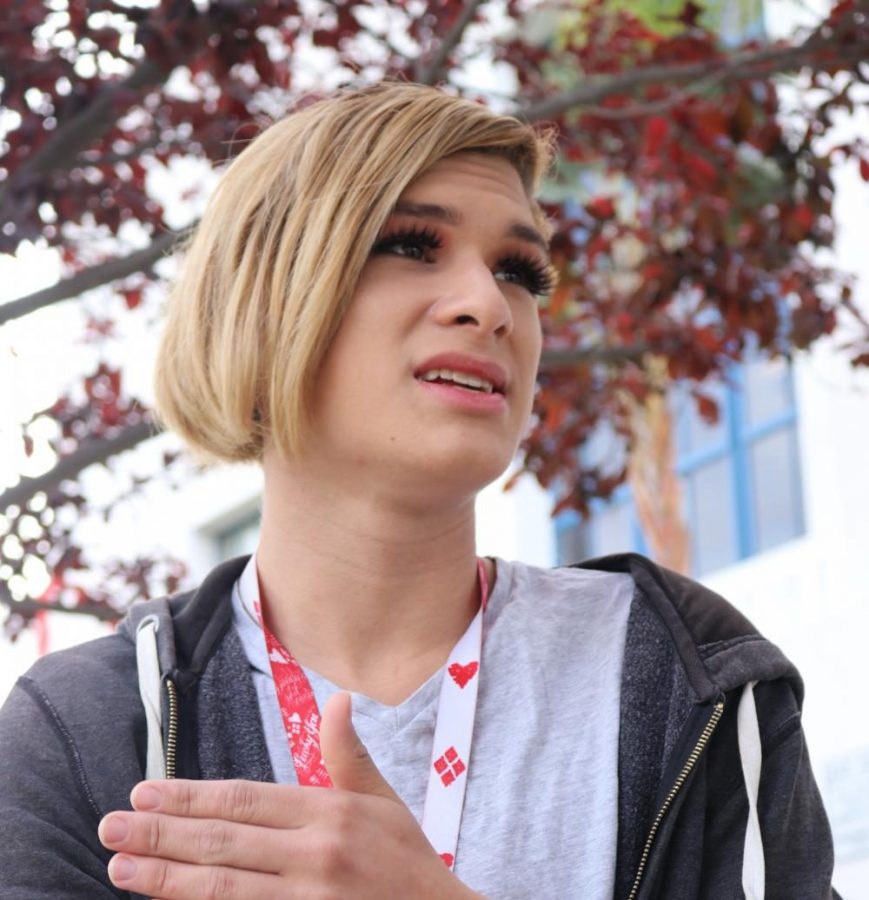 What is it like being gay at school and at home?

“In middle school I would get bullied a lot to the point where I would cry to my parents. My parents are both supporters of me. They are my biggest fans more than anyone, surprisingly. Growing up I had gay aunts, they always talked to me and told me that is okay to be you. So growing up having that support really helped me.

“8th grade year was my year where I was like ‘f*** it,’ I’m going to be me. I came out. I told my parents, they are already knew for a long a** time. So it was a matter of just having that support and holding on to it but also having communication. When you have that support you can just be you.

Do you have a job?

“I’ve been working since I was 13, so I’m a big hustler. When I was 16 I applied at Jamba Juice and within two months I became the youngest to be a manager that Jamba has ever seen. I’ve been there for about a year now and I’m starting to get trained to be a general manager. Pretty soon I’m going to run the store at 18 and be the youngest general manager. So anything is possible that’s what I tell a lot of kids.

“I didn’t grow up poor, but nothing was just handed to me. I grew up, if you want something you have to work for it. That’s the way I learned. At the end of the day I can secure three jobs while going to high school. My sophomore year I had three jobs and a weekend job so in total that was four. I had so much income coming in. I let money get the best of my grades. That’s where it was an awakening. It’s not always about the money it hit me, education is more important than then having a job that pays $13.75 because getting a degree means so much more now. It means a lot more opportunities, doors are more open for you. When your trying to balance so many things out, it’s going to catch up to you. I was so tired each day. I was missing so many classes because I didn’t feel like coming because at the end of the day I was so drained. Eventually I had a teacher point out, ‘Mickey you need to slow down.’ Money is nice to have but it’s evil.”